Blizzcon came and went over the weekend with three major announcements- Diablo IV, Overwatch 2 and a new WoW expansion. Of course, most details around Overwatch 2 leaked in the week or so prior to the event, so the big reveal wasn’t a huge surprise. Since then, Overwatch director, Jeff Kaplan, has expressed his feelings about leaks, labelling them as extremely demoralising.

Video game leaks aren’t exactly rare. Sometimes, the wrong person gets access to some internal documents and other times, people working on the project want to anonymously speak out about it before official announcements are made. While we are usually quick to get excited about leaked details, it is a different experience for those behind the scenes working away on crafting a good first-showing for a game. 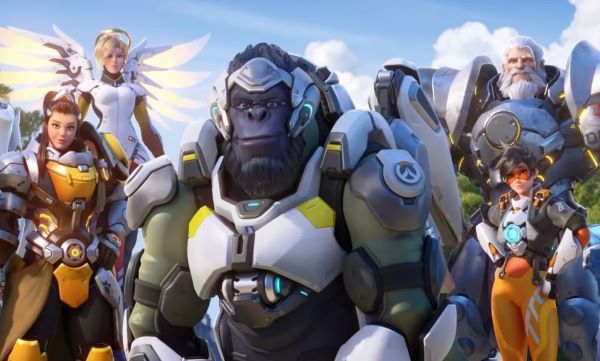 Speaking with Kotaku Australia this week, Kaplan acknowledged the leaks for Overwatch 2, explaining that while they are sometimes unavoidable, these leaks can take a toll on the folks behind the scenes: “Leaks are very interesting in that they have more of a morale impact on the team than anything else. It’s extremely demoralising. You feel totally deflated”.

Leaks can help build up some early hype for a new announcement for sure, but some of the details can cause confusion, or give the wrong impression of a game without the context of the full announcement. Kaplan says that this is the part that bothers developers the most.

There is some solace to be found though, as Kaplan says, a lot of people have brought up The Burning Crusade when discussing the Overwatch 2 leaks. The second expansion for WoW is largely remembered as one of the best but the project was leaked in a magazine a week or so before its scheduled Blizzcon announcement. While that would have been disappointing for the team at the time, ultimately the positive response to the expansion is what has stuck in the footnotes of history.

KitGuru Says: While I generally enjoy mulling over various leaks and rumours leading up to a big announcement, it can be easy to forget that a lot of developers will see the discussion around their game already forming while they are still sworn to secrecy. That must be a frustrating position to be in at times. What do you all think of Kaplan’s comments regarding leaks? Do they ruin big game announcements for you?