Batman is looking to even the odds in Gotham City later this year in the final game in Rocksteady’s Akrham trilogy according to a brand new in-engine trailer. It’s immediately clear that Rocksteady has been hard at work since Arkham City as the new graphics look stunning.

The two and a half minute long trailer gives some hints at the plot and we get our very first look at the brand new character: The Arkham Knight. 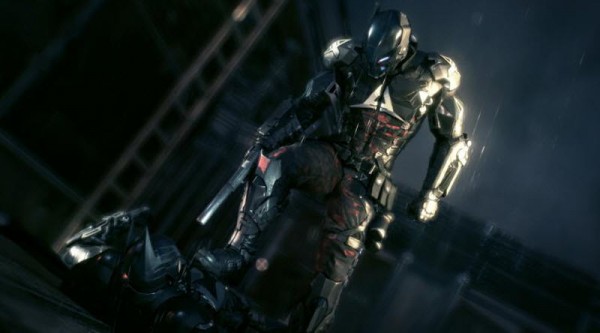 Rocksteady always surprises us with a few villain appearances but we do know that Two-Face, Penguin, Harley Quinn, Scarecrow and the Akrham Knight will be a part of the game. The new engine looks amazing, it’s clear as to why this game will be skipping last generation consoles. The trailer is labelled as a gameplay trailer but that’s not entirely accurate, while it does give a good cut scene or graphical representation, it doesn’t actually show any real gameplay.

KitGuru Says: This trailer has boosted my excitement for the game, the Arkham series has been awesome so far so I don’t doubt that Rocksteady will give its trilogy a good send off with the final game. Are you guys looking forward to Arkham Knight? Or are you not a fan of Rocksteady’s Batman games?

Previous 19 year old robs bank- gets caught after buying a games console
Next HP begins to sell media tablets for $99 in the U.S., £99 in the U.K.