Ever since Apple started to sell its iPad media tablet four years ago, many observers have wondered whether and when slates from well-known brands be available for $100, an important psychological price-point. This week Hewlett-Packard finally started to sell a tablet that costs only $99.99 in the U.S. Separately, HP began to sell a slate for £99 in the U.K.

Hewlett-Packard was not successful with its TouchPad tablets with webOS operating system for many reasons. A key problem was the company’s poor work with application developers, which consequence was limited amount of programs for the platform. By contrast, Google Android is widely supported by software makers, so HP does not need to care about availability of apps.

What HP has to care about now is its share on the market of tablets, which is currently dominated by Apple, Samsung, Amazon and some other players. Apparently, the company now bets on affordable slates that are sold in large quantities.

The $99.99 media tablet from HP is clearly nothing special from a technology point-of-view, which is probably why the company even decided not to post a press release about it. Still, the product seems to be important since it is the first one of its kind: never before has a top PC maker sold a slate for such a small amount of money. It is obvious that other well-known makers will follow Hewlett-Packard with low-cost slates, whereas “no-name” Chinese vendors will try to reduce their prices even more to remain competitive. 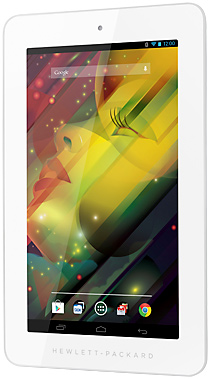 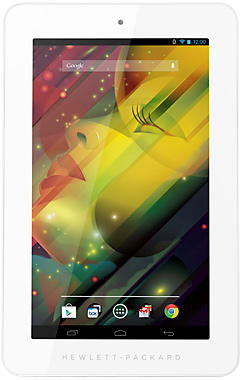 The $99.99 tablet from Hewlett-Packard – the HP 7 Plus – features a 7” display with 1024*600 resolution and runs Google Android 4.2.2 operating system. The device is powered by an unknown system-on-chip with four ARM Cortex-A7 cores running at 1GHz and is equipped with 1GB of DDR3 SDRAM, 8GB solid-state storage, 802.11 b/g/n Wi-Fi, 0.3MP fixed focus front-facing camera, 2 MP fixed focus rear-facing, microSD memory card slot, a mono speaker, a microphone, an accelerometer and so on. 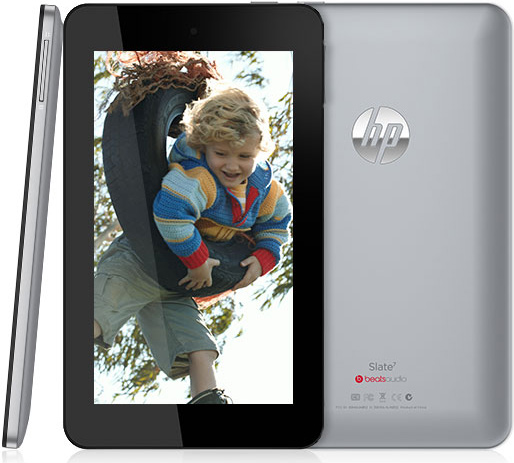 Do not expect HP’s low-cost tablets to be performance champions. The slates feature rather old or low-performance system-on-chips as well as low-resolution displays. The main advantage of the new tablets from HP is their low price, which generally determines their usage model: e-book reading, web browsing, email, simple games and so on.

KitGuru Says: It remains to be seen whether HP succeeds in capturing market share by selling low-cost slates. Theoretically, the company may win the market from low-end tablets from little-known manufacturers. But what’s next? The company will still have to offer premium functionality on the market of mainstream and high-end slates, which essentially means competition against Apple iPad once again.