Cyberpunk 2077 to get two expansions, multiplayer back in development

CD Projekt Red has been tight lipped on future content for Cyberpunk 2077 following the game's messy launch. However, thanks to the game's latest patch, we have a pretty good idea of what's coming, including two major expansions and a multiplayer mode.

YouTuber Tyler McVicker, went digging through the new Cyberpunk 2077 files after Patch 1.3 released, finding strings and references to not just two expansions for the game, but also multiplayer. CD Projekt Red had cancelled a Cyberpunk 2077 multiplayer spin-off earlier this year, but it would appear that a multiplayer mode or game is now back in production. 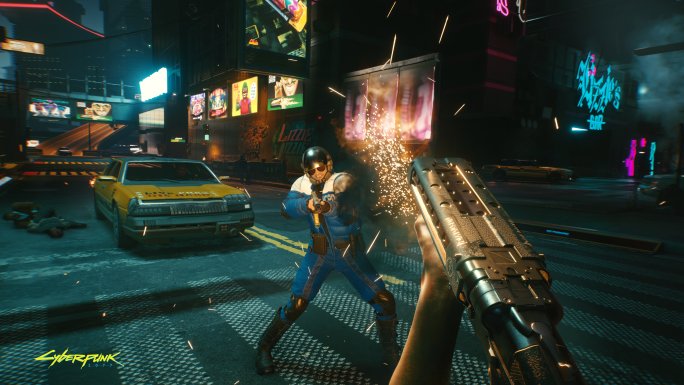 CD Projekt Red has previously stated that it plans to release Witcher-style expansions for Cyberpunk 2077. For now, it looks like we'll be getting two and development is already underway, alongside continued work on bug fixes, the next-gen console versions of the game and free DLCs.

It'll be some time before we see Cyberpunk 2077 expansion content in action, with the first likely to drop some time in 2022.

KitGuru Says: Cyberpunk 2077 multiplayer being back in production is quite the surprise, although given the amount of work going into expansions, patches and other areas of the game, it could be years before we see multiplayer introduced.