Arizona Sunshine was one of the most exciting games releasing for virtual reality this year. However, the game swiftly began drowning in controversy upon release after certain parts of the game were found to be exclusive to Intel Core i7 owners. This led to quite the outcry upon the game's launch but since then, developer Vertigo Games has spoken out to explain things a bit better.

Arizona Sunshine was initially marketed with a certain number of game modes but once the game found out, there were a few extras thrown in that were only accessible to those who met the recommended system requirements- which included an Intel Core i7 CPU. The decision was eventually reversed, making all but Vertigo Games explained why they chose to do things this way and it essentially comes down to the fact that a lot of the game is CPU-bound. 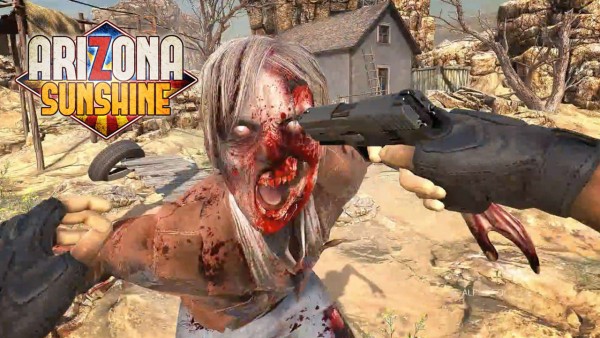 In a developer update, Vertigo Games said: “when you have to run a game at 90FPS, you become GPU limited quickly. Using Unity, you also do not have PhysX acceleration on the GPU, so the best option for advanced physics is to use a multi-threaded and multi-core CPU. Because of the advanced physics involved to make the game feel as immersive and realistic as possible, we recommend gamers use a CPU like the Intel Core i7 processor.”

Despite the explanation, Vertigo Games did end up unlocking the locked game modes for all players, whether they met the CPU requirements or not. Still though, an i7 remains recommended: ” It’s clear from your feedback many of you are not happy with the previously undisclosed modes being available only on certain higher end PCs. You are most important to us, and we hear your comments. We are unlocking these modes immediately to all players, and we hope you enjoy them.”

“We have recommended and still recommend using the Core i7 in order to maintain a constant 90FPS with advanced physics. We also realize that these chips cost money. We created bonus content that was not advertised as a reward for those of you who took us up on our recommendation. We wanted you to feel it was worth it, but we also wanted everybody to be able to play these modes eventually. These surprise game modes were meant to be a reward for those players with high-end VR systems who were looking for the most immersive experience possible.”

KitGuru Says: While I understand the thought process, features shouldn't be locked behind hardware in a PC game. In those situations, an in-game warning about system specs should suffice. That aside though, Arizona Sunshine is quite an impressive VR title and is certainly one of the best visually.