As great as the original Dishonored is, it was a little on the short side as far as the main story is concerned. If you are hoping to spend a little more time with the main story in Dishonored 2, then you may be in luck as according to play testers, we can expect between 16-20 hours on a first-time play through.

Dishonored 2 co-creator, Harvey Smith recently tweeted about his play test progress, saying that a careful low-chaos run as Emily took around 15 hours on hard difficulty. Arkane Studios was initially aiming for anywhere between 12 to 20 hours of play time but as more play tests get underway, it is starting to look like we can expect 16 to 20 hours of main gameplay. 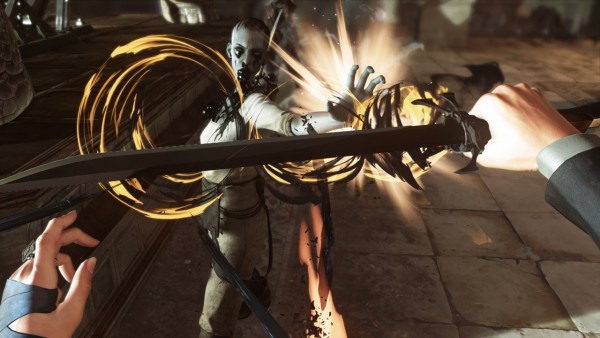 Of course, that can be extended, after all Dishonored is one of those games where both stealth and action are viable play styles. On top of that, you can now play as both Corvo, the main protagonist from the first game, as well as Emily, the princess of Dunwall, who has found a career in assassination apparently.

Speaking of Corvo, Arkane Studios released a new gameplay trailer this week, showing off some of the character’s new found abilities. The Outsider also makes a return in this trailer, so hopefully we will end up learning more about the supernatural side to the Dishonored universe.

KitGuru Says: Dishonored was one of those few games I ended up playing through more than once just to see everything, so I’ve got some high hopes for the sequel. Are any of you looking forward to Dishonored 2?