DOOM Eternal – The Ancient Gods is playable as a standalone game

Following on from the full unveiling of DOOM Eternal – The Ancient Gods Part One, more details about the expansion have been revealed. This time around, executive producer, Marty Stratton, spoke out about the project, elaborating on what to expect in length, while also unveiling that this will be a standalone DLC, meaning the base game is not required to play.

Speaking with PCGamesN, Stratton explained that DOOM Eternal has a high completion percentage amongst players, even higher than the original 2016 game. This was great news to id Software, as when you release a campaign expansion, you “want the DLC to reach as many people as possible”. 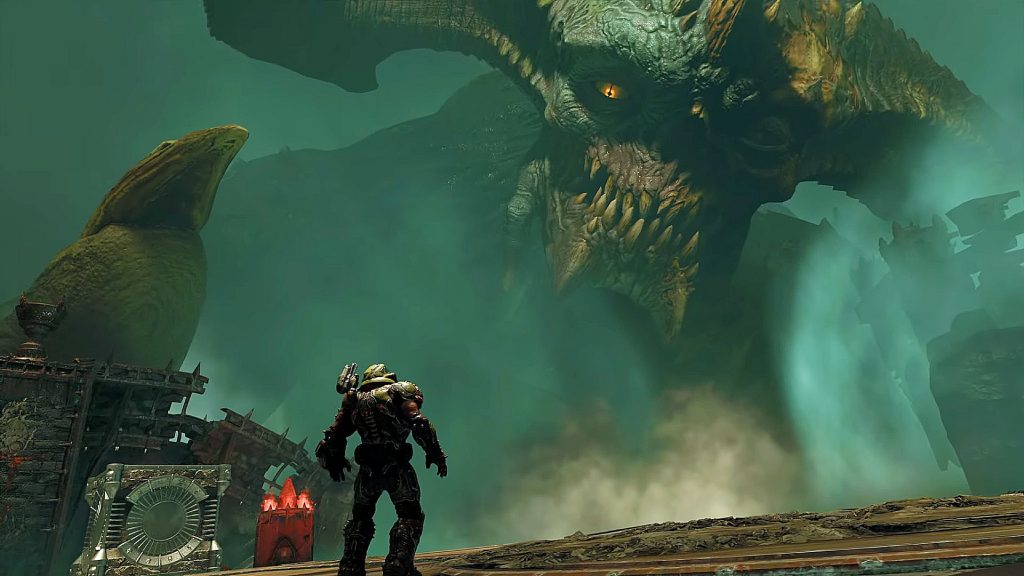 In the interest of reaching as many people as possible, The Ancient Gods will be a standalone DLC, which is confirmed by Stratton saying “you don't even need to own Doom Eternal to buy the DLC and play it”.

In terms of scope, Stratton likens The Ancient Gods to a two-part film, with id Software aiming for more of a blockbuster feeling when it comes to production value. The DLC will be “every bit as grand as the main game was”.

DOOM Eternal's first campaign expansion, The Ancient Gods (Part One), will release on the 20th of October and can either be purchased as part of the £24.99 season pass, or as a standalone game for £15.99. Part Two of The Ancient Gods is due to launch in the first half of 2021.

KitGuru Says: DOOM Eternal's first expansion is looking and sounding great so far. Are many of you planning on jumping back in this October?