According to EA’s COO, Peter Moore, the company’s recently launched subscription service, EA Access, is just a sign of things to come and could very well be the way of the future, with more publishers possibly following suit over time.

EA Access was announced back in July, granting Xbox One customers access to an ever growing vault of games for as little as £3.99 a month, or $4.99 for US customers. So far the games on offer include Battlefield 4, Need for Speed Rivals, Fifa 14 and NFL 25. The launch of this service has already had an impact on the industry, Sony dismissed it entirely, claiming that it didn’t offer the value Playstation customers have come to expect, while Gamestop share prices took a dive.

Speaking to MCV, Moore said: “It’s amazing how often you bump into people and say: ‘Did you play that?’ And they haven’t. A lot of it is down to time, but some of it is also discovery.”

“I am a Spotify Premium subscriber, and because I pay a fee for ‘all you can eat’, I get to listen to music that I ordinarily wouldn’t. And it will be the same for games; seeing what your friends are playing and giving it a go because you have something like EA Access.”

Moore continues to describe EA Access as a discovery tool rather than just a game subscription service: “There’s so much stuff out there, and it’s expensive. You need to sample things and you need somebody or something to guide you through the whole thing.”

KitGuru Says: While it remains to be seen if other publishers will follow suit, EA Access seems like a good idea although it is limited in its current form. Subscription services will need to be available on more platforms and will need to constantly add greater value through new games and discounts. A loyalty scheme would work fairly well as a way to reward consistent subscribers with free games. What do you guys think of EA Access? Right now I prefer to to Sony’s Playstation Now approach. 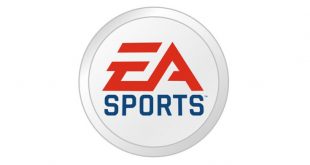