EA’s COO denies that Nintendo is dead to the company

Recently there has been reports of an anonymous EA developer admitting that Nintendo became dead to the Publisher “very quickly” following the launch of the Wii U, apparently this didn't sit well with EA COO, Peter Moore, who denies the claim that EA has turned its back on Nintendo despite all of the evidence stacked up telling us otherwise.

Originally, while speaking with CVG, an anonymous EA source said: “Nintendo was dead to us very quickly. It became a kids IP platform and we don’t really make games for kids. That was pretty true across the other labels too. Even the Mass Effect title on Wii U, which was a solid effort, could never do big business, and EA like Activision is only focused on games that can be big franchises.”

There is other evidence to show that EA isn't playing nice with Nintendo at the moment, last summer an EA software engineer blasted the Wii U in a tweet that stated that the console was crap and less powerful than the Xbox 360, in later tweets he also went on to say that Nintendo was stuck in the 1990's. EA's main website doesn't even list the Wii U under the list of consoles you can find its games on, despite having titles like Mass Effect 3 and Need for Speed Most Wanted on the Wii U. Lastly, EA currently has no titles in development for Nintendo's failing console and recent rumours of Nintendo working on its next home console already probably won't help. 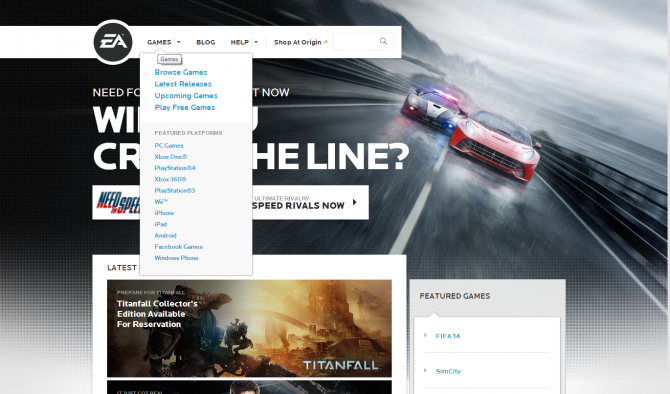 Despite all of the facts, EA's Peter Moore wants to stay in Nintendo's good books and tweeted in defence of the earlier anonymous statement: “Don’t trust “anonymous sources”. Nintendo’s a great partner. They never have been, and never will be, ‘dead’ to EA.”

KitGuru Says: It would be easier for EA to deny the facts if it actually had a game in the works for the system but the chances of that happening are pretty slim.