The hunt for aliens has been a long one for the Elite: Dangerous player base but after 18 months of searching and following clues, the first alien encounter has taken place. Frontier Studios has been giving players hints for some time now but it looks like Xbox player, DP Sayre was the first to actually come across alien life, after a hugely intimidating ship pulled them out of hyper space.

Elite: Dangerous players were searching for the Thargoids, a race of aliens in the Elite universe. While the aliens themselves weren’t seen, players have been encountering what is believed to be a huge, very intimidating Thargoid ship. The first recorded encounter was later tweeted out by the Elite Dangerous twitter account. 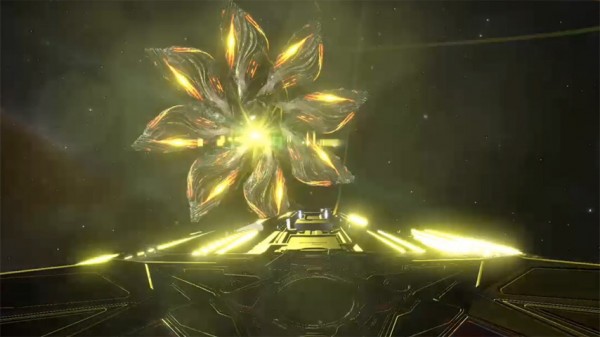 Other players have since been able to come across the same encounter. However, while the Thargoid ship does pull players out of hyper space and flex its muscles a bit, it is unclear what its true purpose is, or what impact it could eventually have on Elite’s persistent universe.

KitGuru Says: Seeing stuff like this really makes me want to pick Elite: Dangerous back up and try to get into it again. Do any of you still play Elite: Dangerous? What do you think of aliens making their first appearance?