Final Fantasy has been around for a long time and spawned plenty of hit games but it looks like Final Fantasy XV is off to the best start yet for the franchise, with Square Enix announcing today that the game has already shipped five million copies worldwide. This makes it the fastest-selling entry in the series to date, so it looks like all of those years stuck in development are paying off nicely.

The five million figure does also include digital copies, it is also worth noting that this is the first game in the franchise to launch worldwide on the same day, which may have helped. 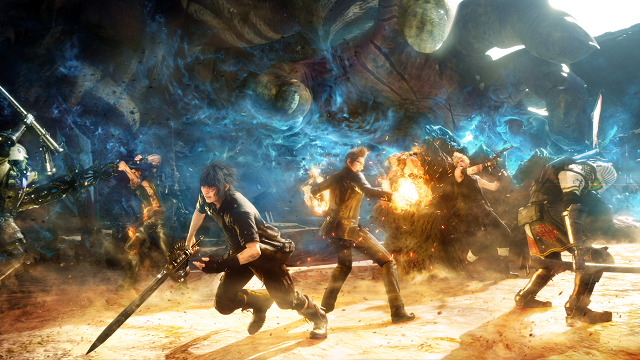 Earlier this year, we learned that Square Enix is targeting ten million copies sold for this game, which would bring it closer to matching the breakout success of Final Fantasy VII all those years ago. Given that Square Enix has gone all-out on marketing for this game and critical reception all seems to be leaning to the positive side, they may just hit that target.

KitGuru Says: I have been playing Final Fantasy XV during my downtime over the last couple of days and so far, I've been enjoying it a lot- particularly the new combat system. The open-world also gives the game a bit of a Witcher-like vibe in my opinion. Have any of you picked up Final Fantasy XV yet? Are you holding out for a PC version? I must admit, if this game does end up coming to PC eventually I would pick it up again in a heartbeat.

Previous Even with Oculus Touch, HTC Vive will still be better at Roomscale
Next WIN £3000 of Gaming Hardware to Build Yourself a New Rig