Prior to Call of Duty’s current batch of games set in the future, Activision was actually looking to experiment with the series and took pitches for various spin-off titles. This led to Call of Duty: Roman Wars, where the player takes on the role of a soldier in Julius Caesar’s army. The game was in development for years before ultimately being canned but a video posted online this week has given us a good look at what could have been.

Call of Duty: Roman Wars was a first-person/third-person shooter in development at Vicarious Vision, who now work on the Skylanders series instead. The in-game footage was released by GamesRadar, in a video going over the rise and downfall of the project. 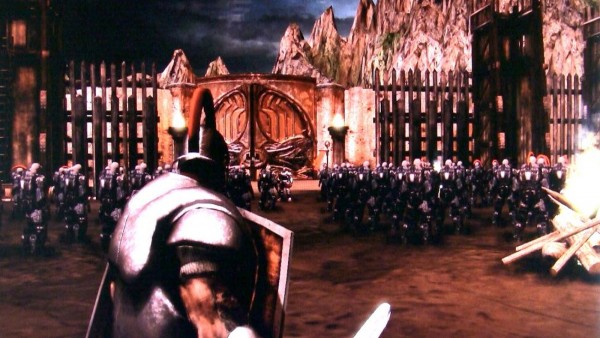 The game was in development from 2008 onward with a release date projected for 2013. The title was intended for release on the Xbox 360 and PlayStation 3 but given the timing, this could have also ended up as a launch title for the PS4 and Xbox One.

The idea behind this game was actually positively received behind closed doors at Activision but eventually, the publisher decided that it would be safer to release Call of Duty: Advance Warfare instead. Activision also didn’t want to over-saturate the market with a main-line Call of Duty title and a spin-off in the same year, according to the sources cited in the video.