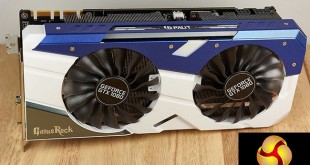 Today we take a look at another GTX 1080 card, the Palit GTX 1080 GameRock Premium Edition. This card features one of the highest boost clock speeds we have seen as well as the G-PANEL front panel which highlights system data. At £619.99 it also undercuts recent releases from MSI, Gigabyte and ASUS. Does it deliver? 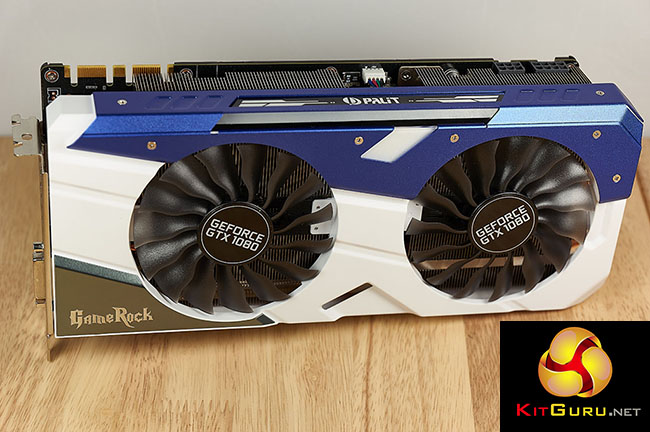 The Palit GTX 1080 GameRock Premium Edition ships with the core clock overclocked to 1,747mhz, with one of the highest boost clocks we have seen, resting at 1886mhz. Memory is overclocked as well, to 1,314mhz (5,256mhz effective).