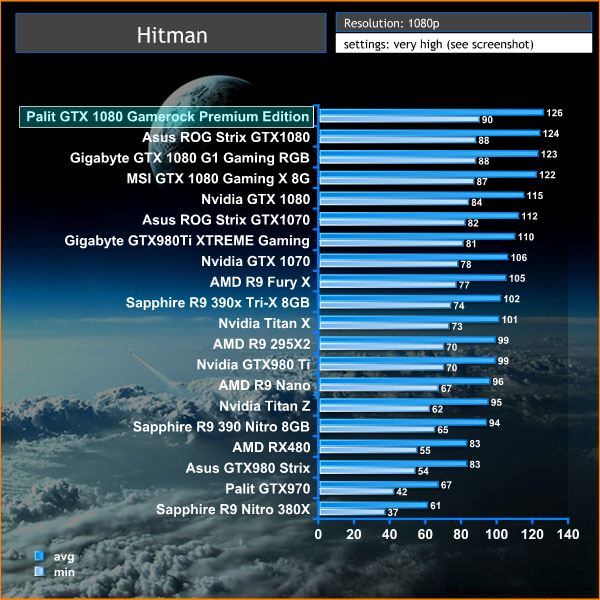 The Palit GTX 1080 GameRock Premium Edition is faster than the ASUS ROG Strix GTX1080, hitting an average of 126 frames per second.