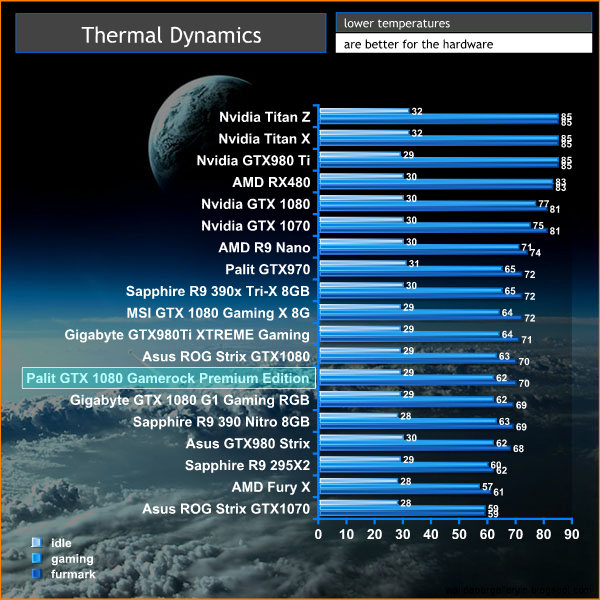 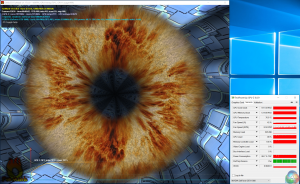 The Palit GTX 1080 GameRock Premium Edition cooler proves to be very effective with performance very similar to the cooler fitted to the Gigabyte GTX 1080 G1 Gaming. 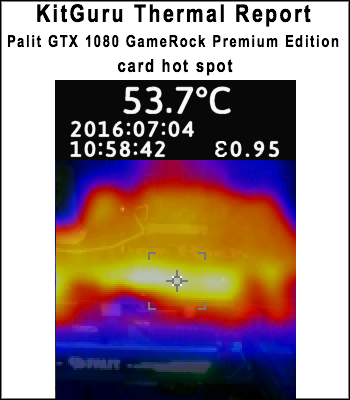 The back of the PCB holds at just below 50c under extended load, which is very cool. The heatpipes are the hottest part of the exposed card, running between 52c and 55c.