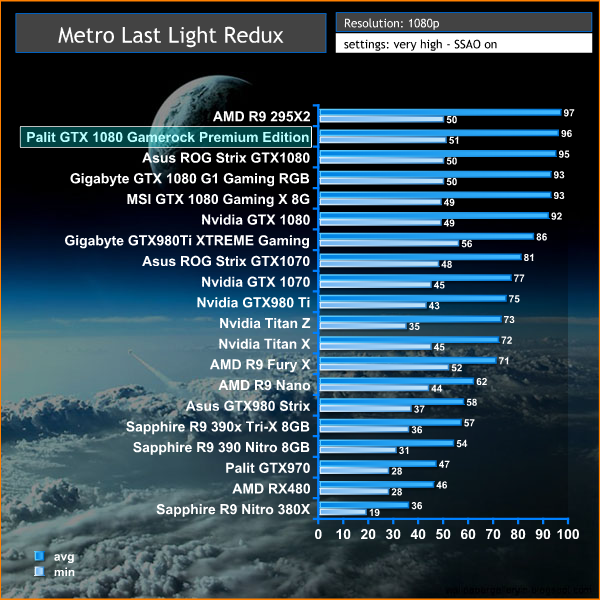 At 1080p the Palit GTX 1080 GameRock Premium Edition just manages to outperform the Asus ROG Strix GTX1080, by a single frame per second.