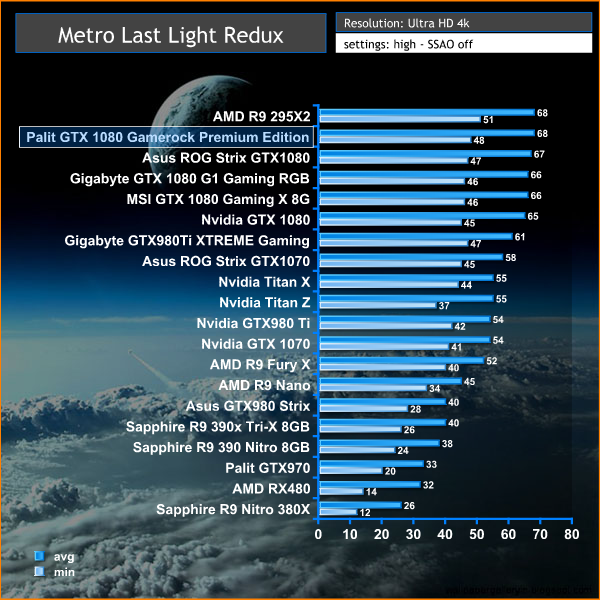 We have to lower image quality settings at 4K to maintain smooth frame rates. The Palit GTX 1080 GameRock Premium Edition outperforms all the other GTX1080 solutions to hit the top position in the chart.