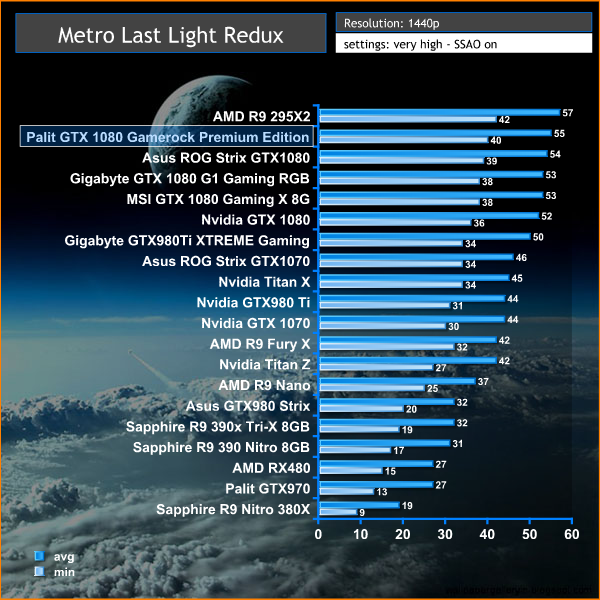 At 1440p at such high settings, even the Palit GTX 1080 GameRock Premium Edition struggles to hold frame rates close to 60 at all times. Still its the fastest performing single GPU solution we have tested.