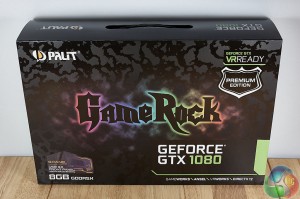 Palit have adopted very colourful box artwork, but fail to showcase the card itself on the front, which is a little disappointing. We can see the ‘Premium Edition’ badge top right as well. 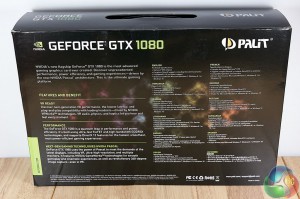 Not much is highlighted on the rear of the box, just a list of text based features. 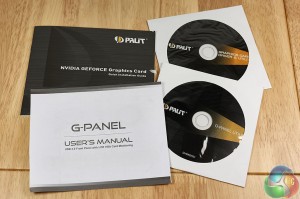 Inside, literature on the product, as well as two CD’s features drivers and software for the GPANEL. We do advise heading over to the Palit website and snagging the latest versions of the software. Be aware that Forceware drivers on these discs could also likely be months out of date by the time you end up installing the card in your system. Head to the official Nvidia website for the latest drivers. 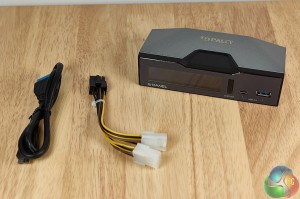 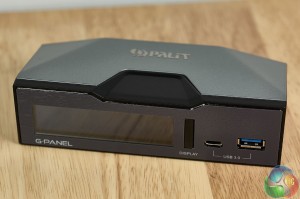 The Palit GPANEL is included with the Premium Edition card, as shown above. It can be installed in a case to offer various text based system information, generally related to the graphics card.

Above, some of the details you can get from the GPANEL system. Its actually really effective and easy to read, even in daylight conditions. 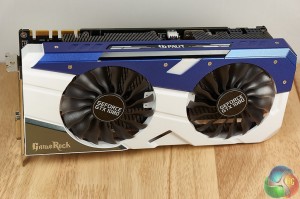 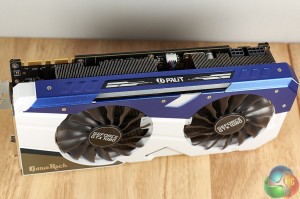 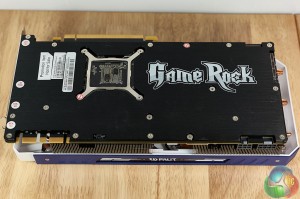 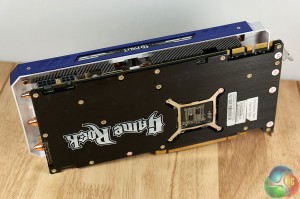 The Palit GTX 1080 GameRock Premium Edition is a huge triple slot GTX 1080 and the colour scheme is probably going to appeal to enthusiast users building a system inside a white case, such as those available from NZXT. Not quite sure I like the whole ‘GameRock’ angle done in the Guitar Hero font, but its hardly that big a deal. 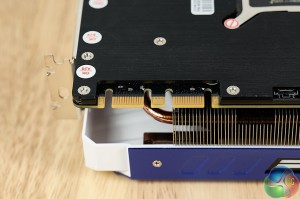 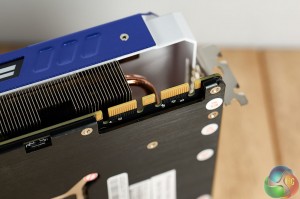 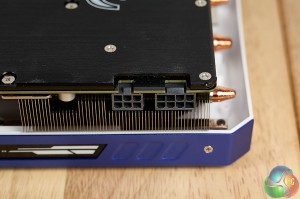 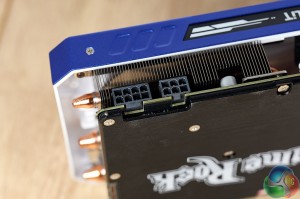 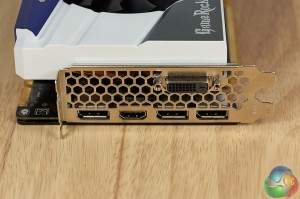 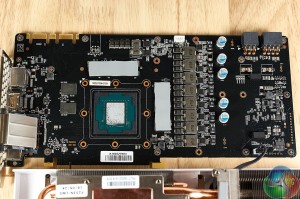 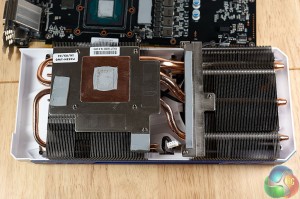 The Palit cooler is substantial, with very thick copper heatpipes running into thick, densely populated aluminum heatsinks across the full width of the shroud above.

As a matter of note, the Palit GTX 1080 GameRock Premium Edition is the only GTX1080 we have tested so far that would hold a boost speed over 2,000mhz during a lot of the testing, this is reflected in the scores.