Typically when a game is released on a console, it is locked at the developer's chosen resolution and frame rate at the time of release. In the case of many Xbox One and Xbox 360 games, this results in a 30 frames per second cap,  but as we know, this generation of consoles are capable of much more than that. Xbox has been championing 60+ frame rates for this generation for the majority of titles and now, we'll be able to enjoy last-gen games at those higher frame rates too. 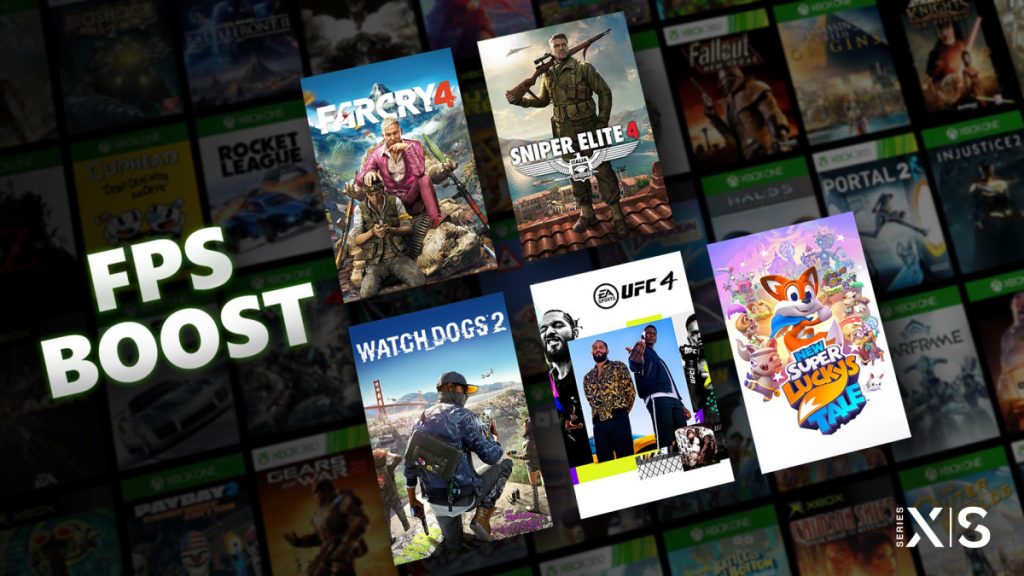 Today, Microsoft announced FPS Boost, the latest backwards compatibility enhancement feature for Xbox Series X/S. As you would expect, this increases the frame rates for older games. It is an opt-in feature, so you can head to a backwards compatible game, hit ‘Manage Game' and then go down to the Compatibility Options tab. From there, you'll be able to toggle FPS Boost on/off.

Due to the fact that some games have certain game functions tied to frame rate, not every game will be upgradable. Microsoft is starting things off with just a few select titles – Far Cry 4, Watch Dogs 2, UFC 4, Sniper Elite 4 and New Super Lucky's Tale. The goal is to achieve at least 60 frames per second in titles, but some will be capable of boosting up to 120 frames per second – which is the case with New Super Lucky's Tale.

That's all the information we have for the time being, but the Xbox team says more FPS Boost supported titles will be announced soon.

KitGuru Says: I've been spending a lot of time with the Xbox Series X the last few months. I was already impressed by the number of 60fps titles, but this should hopefully bring another big wave of high frame rate titles. Are there any last-gen games you would like to replay with FPS Boost switched on?