Earlier this week, Garry Newman, the developer behind Garry's Mod and Rust, unveiled a new prototype being worked on at Facepunch Studios. It is called S&Box and the description sounds somewhat similar to what we saw with Garry's Mod. This led to plenty of fans asking if this was in fact going to be a successor to Garry's Mod and being the open chap he is, Newman was happy to explain the situation.

For those who missed the initial S&Box announcement, it is a project that aims to take a powerful game engine and build a “hot loading C# layer on top of it”. The system right now is running on Unreal Engine 4 but it can be lifted and applied to other engines, like the Source engine, where the project originated. 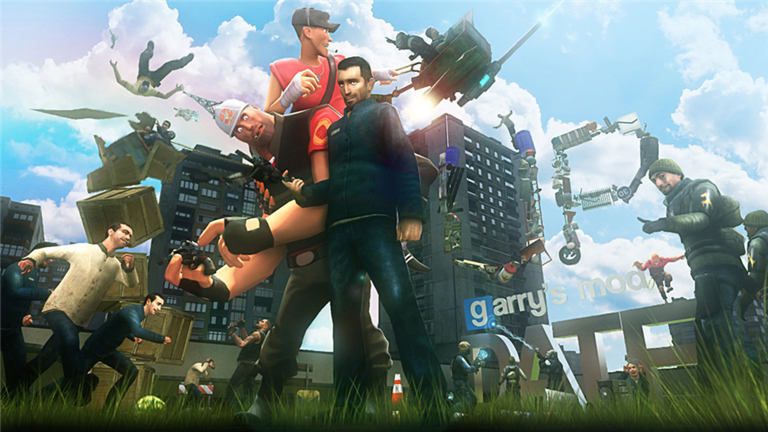 Speaking with PCGamer, Newman went into a bit more detail on the project and explained its connection to Garry's Mod: “So this might be a bit complicated. There's a lot of ‘is this Garry's Mod 2?', the honest answer is ‘maybe' but nowhere near that yet. We've basically built our own game engine on top of UE4. We're really using UE4 for its core features, rendering, networking, physics. It's all done in an engine agnostic way. We can lift our system off and put it on the source engine”.

As Newman explains it is “too early to say whether this will turn into a spiritual successor” to Garry's Mod, or even if S&Box will be released as a modable platform. Facepunch may decide to keep this as an internal tool to develop other games on.

KitGuru Says: I spent hundreds of hours in Garry's Mod over the years. It is a very different game now compared to what it was back then but it is still very fun. However, a lot of GMod is based on assets from Valve's Half-Life and Portal games and with no new Source 2-based games coming out of Valve, it might not make sense to release a second Garry's Mod now, unless new assets are used.