Update: The countdown is over and Gearbox has officially lifted the lid on the Duke Nukem announcement it has been teasing all week. As predicted, in order to celebrate the game’s 20th anniversary, Duke Nukem 3D is getting a re-release. It was previously speculated that we may see the game remastered but that is only true to some extent.

Duke Nukem 3D: 20th Anniversary World Tour will retain the same 90’s shooter graphical style and gameplay. However, the game has been updated with a toggle, so you can switch between the original 2.5D engine and an “all-new True3D rendering mode”. Aside from that, you can expect a new soundtrack from Lee Jackson, the man behind the original theme song.

There will also be eight new levels thrown in and some new voice lines from Jon St.Jon, Duke’s voice actor. You can expect to see the game on PC as well as the Xbox One and PS4 on the 11th of October.

Original Story: Gearbox has let the Duke Nukem franchise quietly sit in its back catalogue for a while now, which is understandable, after all Duke Nukem Forever was far from a critical success. However, it looks like the studio is almost ready to brush off the series and bring it back, as something is being teased over on the Duke Nukem website.

Heading over to the series’ official website reveals a ‘Happy 20th Anniversary’ banner, along with the words ‘coming soon’, a countdown timer is also present, so we can expect to hear more on the 1st of September. 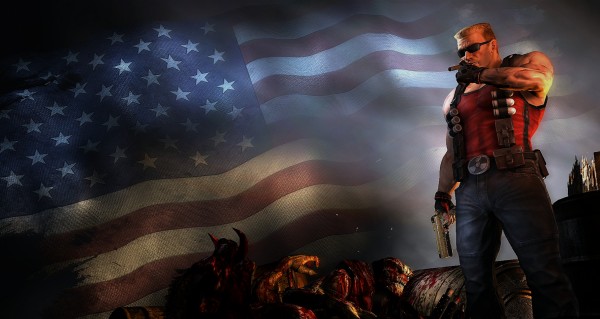 Aside from that, some of the Duke Nukem social channels have finally been updated for the first time in years. We don’t know exactly what is due to be announced next week, but some have suggested that we may be getting a remake of Duke Nukem 3D, which launched back in 1996.

Who knows, if the re-release does well and reignites interest in the franchise, then we may see another game made to make up.

KitGuru Says: I don’t have much experience with the Duke Nukem series but from what I understand, the last game wasn’t particularly liked by fans. Going back to the series’ roots and seeing where to go from there seems like a pretty smart idea. Would you play Duke Nukem 3D again if it re-released this year with some updated visuals?