The Turing Cadenza smartphone has some insane specifications

When it comes to flagship smartphones these days, a lot of the specs are quite predictable, with many companies defaulting to the latest Snapdragon processor, anywhere between 4 and 6GB of RAM, a 1440p display and 32GB of storage. However, it looks like Turing Robotics wants to really break the mould with its future flagship, which boasts dual Snapdragon 830 processors, 12GB of DDR4 RAM, 1TB of storage and even an iMAX 6K camera.

The device is known as the Turing Phone Cadenza and judging by its proposed spec sheet, it is the most powerful smartphone ever. While Qualcomm hasn't officially launched the Snapdragon 830 just yet, the Cadenza promises to pack two of them whenever it launches. 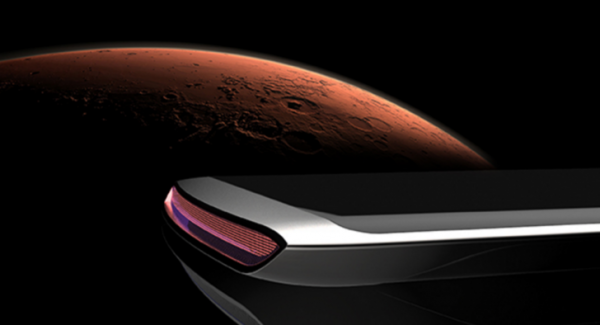 If that wasn't enough, you will also find 12GB of DDR4 RAM (6GBx2), and two 256GB main storage devices, alongside two 256GB microSD cards, bringing the total storage to over 1TB.

A lot of smartphone makers like to make a big deal out of the camera but the Cadenza promises to out-do them all with a 60-megapixel quad rear camera with support for iMAX 6K resolution. If you happen to be into selfies, there will also be two 20 megapixel front facing cameras. You'll be able to view those pictures and videos on a 5.8-inch 1440p display.

This is all packed inside of a Graphene Oxide body, which also has room for four SIM cards and even three batteries to keep everything powered. It isn't an Android device, instead Turing has opted to use Swordfish OS, which doubles as a Deep Learning AI. Essentially, this is a pocket-sized super computer.

Given that some of the components used aren't available yet, the Cadenza doesn't have a release date, but Turing hopes to get it out sometime next year. Expect it to be very expensive.

KitGuru Says: It can be difficult to really get excited about the smartphone market these days, which makes something like this all the more interesting to see as it really pushes things forward, rather than being a predictable, iterative release. Still though, something like this is going to be out of reach, and perhaps not even all that useful for many regular consumers.