A couple of weeks ago, leaks indicated that Nvidia would soon offer GeForce Now RTX 3080 memberships in one-month batches, in addition to being available as a six-month long subscription. This week, that membership has officially rolled out and the GeForce Now library has expanded with a few more titles.

Nvidia has now to introduced a 1-month option for those looking to subscribe to GeForce Now’s RTX 3080 tier. With the addition of the 1-month option, the RTX 3080 tier offers the same flexibility as the priority membership, which has always had 1-month and 6-month subscription options. The RTX 3080 tier is expensive though, coming in at £17.99 per month. 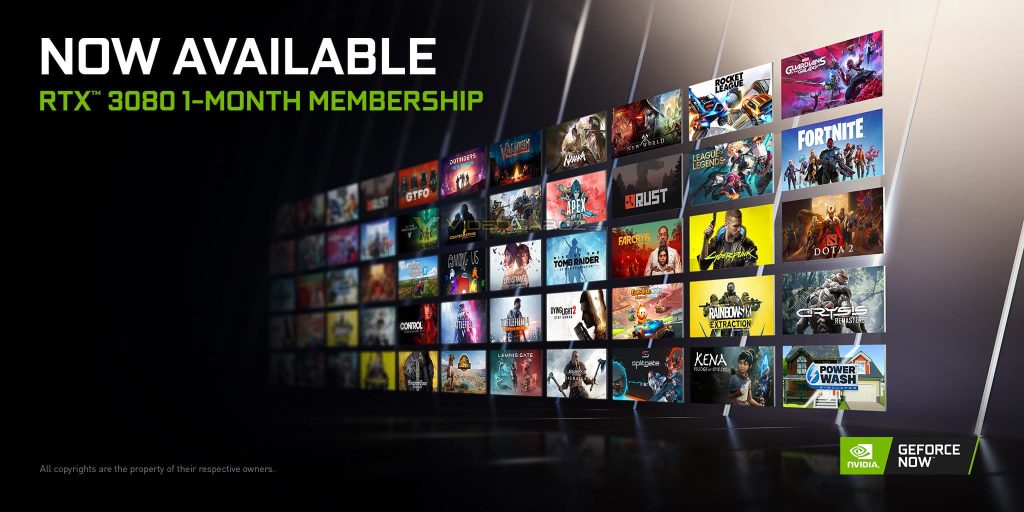 As we see every Thursday, today Nvidia has also rolled out some new games for the GeForce Now library. Six games have been added to the service, including:

KitGuru says: Are you subscribed to GeForce Now? Would you be tempted to try the RTX 3080 tier now that it is available in one month increments?