GeForce Now will get Guardians of the Galaxy at release

We've seen a lot of game announcements over the last week and some of the biggest will be joining GeForce Now on day one. As part of this week's GFN update, we have confirmation on two major upcoming titles joining the service, in addition to ten more games joining the library today.

As far as future games go, Square Enix's Marvel's Guardians of the Galaxy will be streamable via GFN from release later this year. In addition, SEGA and Amplitude Studios' upcoming game, Humankind, is also heading to GFN at release, in addition to the game's closed beta. 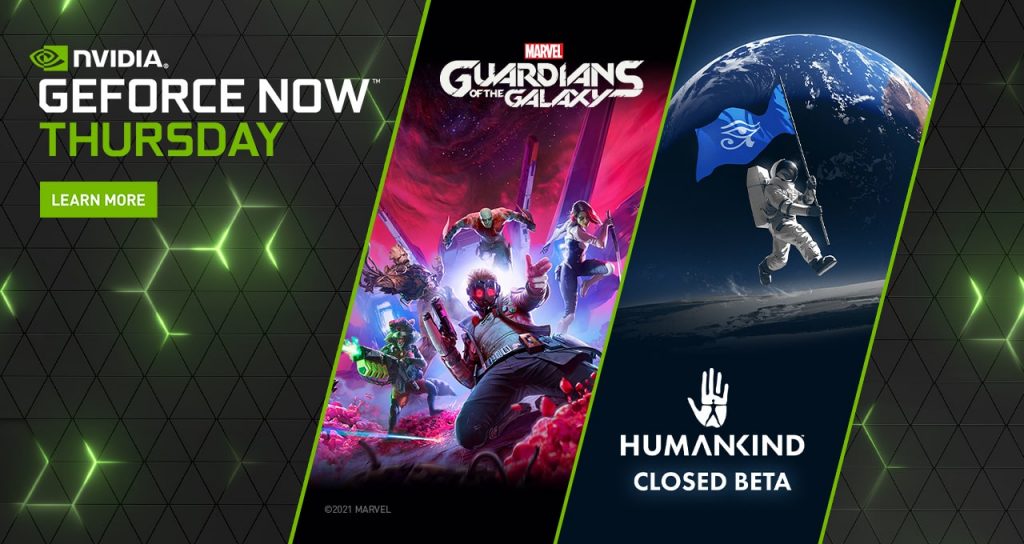 As for the ten games coming to GeForce Now today, that list includes:

Finally, to celebrate E3, GeForce Now free members can claim three days of priority access to servers from now until the 30th of June. With this upgrade, you also get limited time access to the RTX-powered servers, so you can play games like Control with RTX features on.