GTA Online is getting a huge update next month

While it seems that Rockstar has no plans for any single player Grand Theft Auto V DLC for the time being, the studio is continuing to bring content to GTA Online. Today, they revealed the new add-on “Further Adventures in Finance and Felony” which will be one of the biggest and deepest updates yet.

This is pitched as a follow-up to last year’s Executives and Other Criminals update, which added in the ability to buy luxury yachts and some new extras. This new update coming next month will allow you to become the CEO of your own criminal organization with a big office overlooking the city. 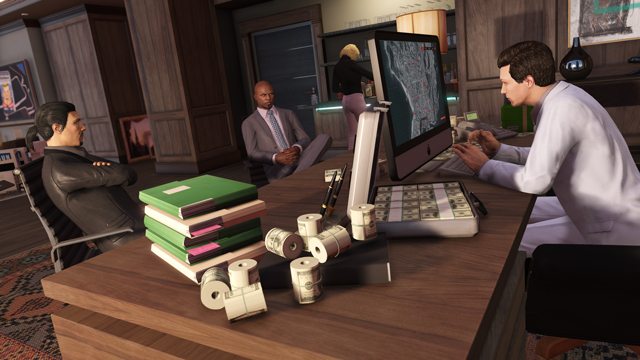 The new update will also include new vehicles and weapons though other details are thin at the moment. Who knows, maybe Rockstar will finally add in some half-decent houses to the game, rather than forcing everyone to buy apartments if they want a luxury pad.

A trailer for the update is coming out next week, followed by the expansion itself on the 7th of June.

KitGuru Says: As much as I enjoy GTA Online, it does feel like Rockstar has been a bit too strict with it at times. Are any of you still playing GTA Online? Is there anything you think Rockstar should add in a future update?

Previous Warhammer: End Times Vermintide is free on Steam this weekend
Next Google has discontinued the Nexus 9 but Nexus 7 may return