Cities: Skylines released earlier this week and the new city builder quickly garnered praise. Now the mods are starting to pop up, one of which completely recreates the city of Los Santos from Grand Theft Auto V.

The city was rebuilt thanks to the efforts of Steam user, Grockefeller. The mod contains the completely rebuilt region of South San Andreas, including Los Santos, Palomino and Sandy Shores. 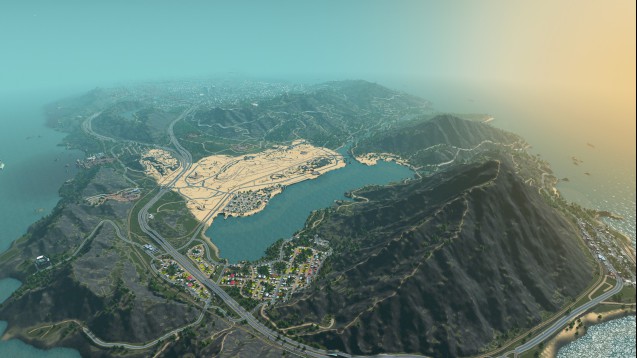 In order to actually use this mod you will also need the 2×4 parking lots mod and the unlimited money mod in order to cover the extensive city debt that would be incurred by a project of this size.

Cities: Skylines launched earlier this week and has become the highest day one selling title made by Paradox. The game is also off to a good start with modders and YouTubers.

KitGuru Says: I’ve played a few hours of Cities: Skylines over the last couple of days and I’ve been enjoying it, it does seem to be a step in the right direction for city builders and it is definitely a step up from Sim City. Have any of you guys tried the game out yet? What do you think of it?