Halo 5: Guardians is a massive game

Microsoft’s biggest exclusive of the year is about to roll around in a few weeks time and it looks like retail copies are leaking out already. Halo 5: Guardians is due out on the 27th of October but just days after the game going gold (meaning ready to ship), images and new tidbits of information are starting to come out, including the game’s massive file size. A similar leak occurred when Halo 4 was close to release a few years back.

When the current generation of consoles rolled around, gamers had to get used to bigger file sizes across all platforms. Back in the 360 and PS3 games, it was rare for a game to be over 20GB in size, now the new norm is anywhere between 30GB and 50GB but it looks like Halo 5 will exceed even that. 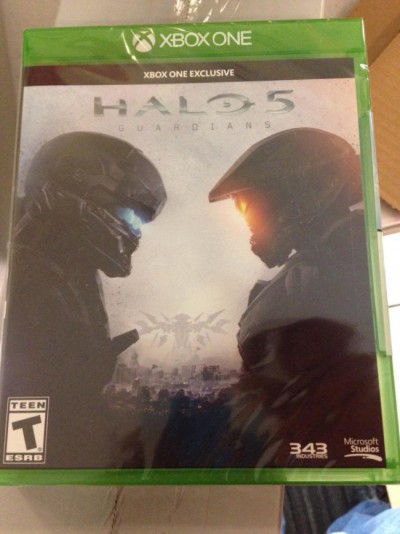 Similarly to massive titles like Grand Theft Auto V, Halo 5 will require around 60GB of hard drive space, which is actually a pretty big ask considering how easy it is to fill up the initial 500GB drive found in the Xbox One, which only actually gives you around 300GB of free space for games and apps.

343 Industries has big plans for Halo 5, though it still remains to be seen if the studio will avoid the same issues it had with last year’s Master Chief Collection. That said, there was a multiplayer beta held back in January, so there has been plenty of time to work out the kinks. On top of that, Halo 5 won’t feature local co-op, so the online co-op experience will have to be seamless in order to keep things fun.

KitGuru Says: Being an Xbox One owner myself, I am looking forward to Halo 5, especially since Master Chief has supposedly ‘gone rogue’ judging by the marketing. Have any of you picked up an Xbox in time for Halo? Are you planning on playing it at all?