Home / Software & Gaming / Hearthstone is getting a new game mode

Hearthstone is getting a new game mode

Blizzard is updating Hearthstone once again, this time with a new game mode. Today, the developer announced its new mode ‘Tavern Brawl’, which changes up the game in a couple of ways. The game mode will be opening up to those who have a hero character above level 20 some time within the next week or so.

Each Tavern Brawl event will feature different rule sets, instructing you on what sort of deck to build or offering buffs to specific cards. Unlike the Arena mode, tavern brawls will be free to enter, although you can’t constantly play it, there will be a rest timer between entries. 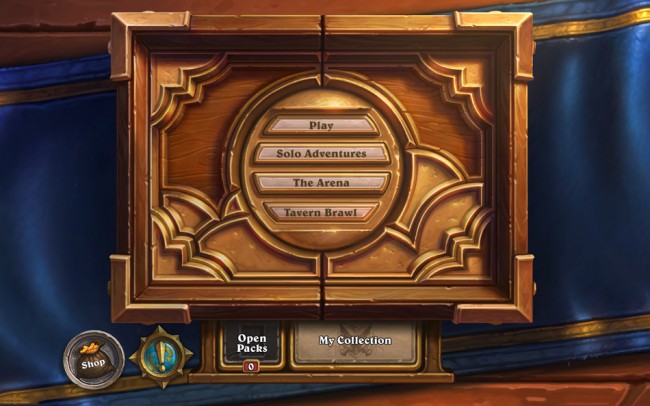 The game mode will be introduced in an upcoming patch for Hearthstone, building on what was already a very good card game. Currently, it doesn’t look like there are any prizes for winning a Tavern Brawl match, though we do know that rule sets will be switched out on a weekly basis to keep things fresh.

Gimmick decks have become a pretty popular way to play Hearthstone in recent months so it looks like Blizzard is attempting to capitalise on that and make it a staple of the base game.

KitGuru Says: It is good to see Blizzard shaking things up a bit with Hearthstone. Tavern Brawl sounds like it is going to be a pretty fun game mode and we should see some pretty interesting decks come out of it as a result.