Heroes of the Storm now has a release date

Blizzard's take on the MOBA formula has been maturing during a lengthy closed beta phase over the last year or so but soon the game will open up to everyone. Blizzard has announced that Heroes of the Storm will enter open beta on the 19th of May.

The game will then sit in open beta for a grand total of 14 days, before fully launching on the 2nd of June. At launch, the game will have 30 playable characters from different universes, including Warcraft, Diablo and Starcraft. There will also be seven maps available. 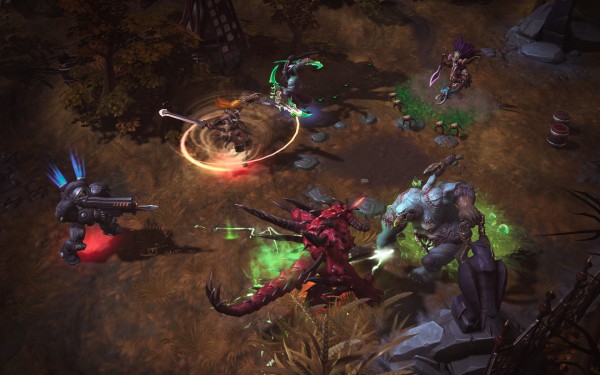 Heroes of the Storm has been around for a while so chances are, you already know how it plays and how Blizzard makes its money from it. It plays similarly to other MOBA titles, like Dota 2 or League of Legends and you can only play a certain batch of free characters every two weeks, unless you fork out the money for the characters you like.

Alternatively, you could save up in-game gold and buy heroes that way. It is a pretty fair business model and just another example of Blizzard knowing how to approach the free to play market properly.

KitGuru Says: Heroes of the Storm is a pretty fun MOBA and the business model is fair. It will be interesting to see if Blizzard can catch up to the likes of Dota or League once it officially launches for everyone. Have any of you guys played Heroes of the Storm? Do you think it stacks up well against other MOBA titles?