Hitman’s final piece of Season One content arrives this Friday

With the latest Hitman game, IO Interactive set out to create an episodic game with regularly updated content. This was largely achieved through ‘Elusive Targets’ and for those who have been keeping up, there is going to be one last target to take down later this month, bringing Hitman Season One to a close.

Hitman’s final Elusive Target for this season is arriving on Friday the 14th of July and will be available for ten days. The target is called ‘The Entertainer’ and you will find him roaming around Marrakesh. 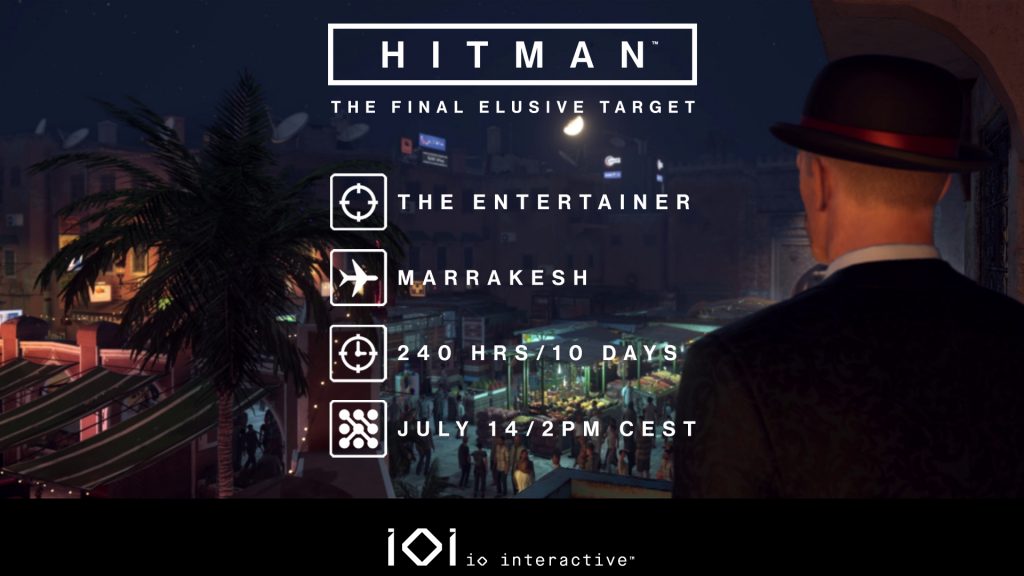 You will have two objectives: kill the target and retrieve his client list. Completing the event will unlock new outfits for Agent 47. If you complete it normally, you will obtain the ‘Summer suit with gloves’ and if you manage to achieve the Silent Assassin ranking, you will receive The Terminus suit. To achieve the Silent Assassin rank you need to get through the level without alerting anyone or leaving bodies behind, you also need to ensure that you only take down the target and nobody else.

This will bring Season One of Hitman content to a close. However, there will likely be a season two, as IO Interactive has gone independent after splitting from Square Enix. The studio also secured ownership of the Hitman IP.

KitGuru Says: While a lot of people were unsure about the idea of an ‘episodic Hitman’, looking back on it, I think the developers did a good job. There was fresh content on a regular basis and each full episode was highly replayable. Did any of you play through the latest Hitman?