Way back in 2013, Mega Man creator Keiji Inafune set out to crowdfund a spiritual successor to the series in the form of Mighty No.9. The game was one of the first huge Kickstarter successes with over $3.8 million raised and while the game was initially due out pretty soon, it has now been delayed again.

Today, the team behind Mighty No.9 said that: “In preparation for the February release of Mighty No. 9 we have been working hard with our partners to resolve any network issues and porting work necessary to publish Mighty No. 9 on the various platforms. However, the issues relating to the network modes were more critical than expected, and it has become apparent that we will need to delay the game from its February 9th release date.” 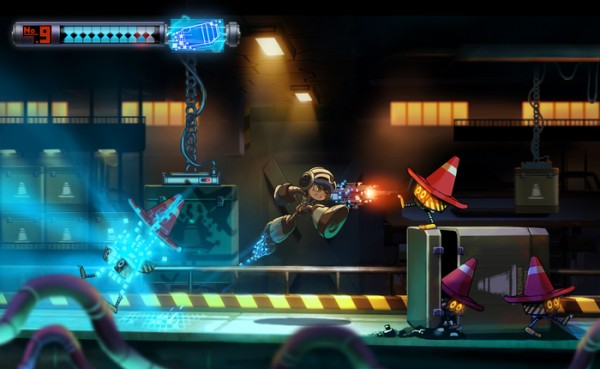 “The reason for the delay is rooted in bugs inside the network modes, and specifically problems with matchmaking. There are two large reasons for this problem, one of them being the large number of platforms supported (the solution for each platform is slightly different) and the other stems from the fact that the engine we are using is no longer being updated which means adjustments for matchmaking and online code are being made manually”.

Those are some pretty major issues so it is easy to see why the game needed another delay. However, this isn't the first time the game has been delayed, the game was initially supposed to come out in April 2015 so backers have been left disappointed.

KitGuru Says: Mighty No.9 has gone through its share of controversies, even after raising much more than its initial funding goal the game went back for two more rounds of crowdfunding. The game has then been hit with multiple delays which has hurt fan confidence in the project a bit. Hopefully, the game will actually manage to make its Spring release date this time.