Yesterday alongside the reveal of Sora for Super Smash Bros. Ultimate, Nintendo also announced that the Kingdom Hearts games were coming to Nintendo Switch. There is a catch though, as all of the titles will be cloud-based, not just Kingdom Hearts 3. 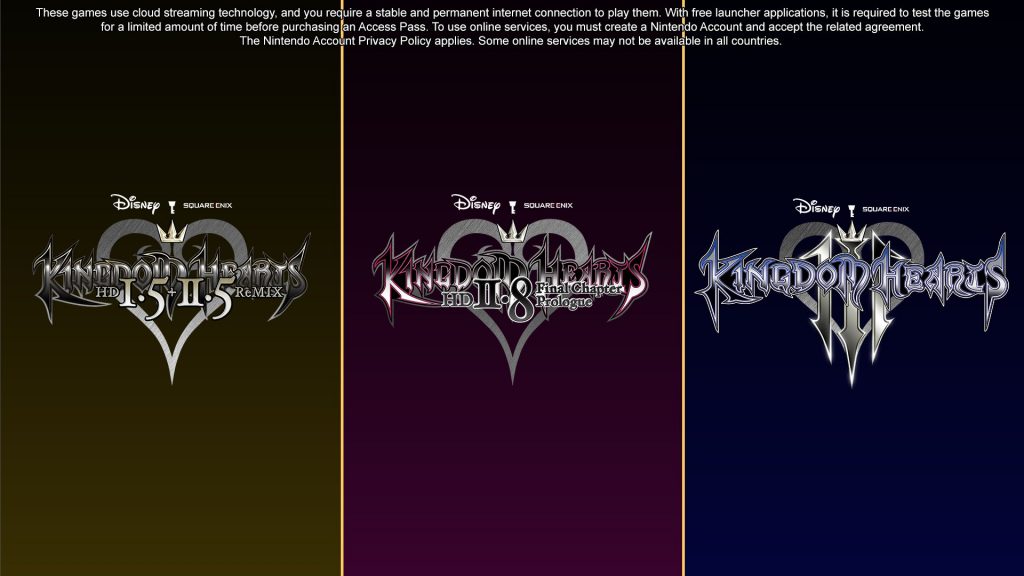 In a tweet last night, Nintendo clarified that all of the Kingdom Hearts games will only be arriving on Switch as cloud versions. Nintendo has slowly opened up to the idea of selling cloud versions of games on the eshop after some early experimentation with Resident Evil 7.

Now, there are multiple cloud-only games on the Switch, including the likes of Hitman 3, Control and soon, the Kingdom Hearts games. At this point in time, there is no release date for the Kingdom Hearts series on Switch, but Sora will be coming to Super Smash Bros. Ultimate later this year.

KitGuru Says: The Switch could almost certainly run the original Kingdom Hearts games and the spin-off remasters, so this is somewhat odd. Have any of you played a cloud-only game on the Switch before? Did it work well?