Kojima may not be working at Konami anymore but that doesn't mean we won't be seeing more Metal Gear. Konami has already released an MGS gambling machine in Japan and now the publisher is preparing a new spin-off for the series known as Metal Gear Survive. It's a zombie survival game, so hopefully you aren't completely sick of those just yet.

Metal Gear Survive is set in an alternate timeline between the events of Metal Gear Solid: Ground Zeroes and Metal Gear Solid V. It will retain the stealth-action style that the series is known for, except this time you will be in a four-player co-op setting trying to survive against creatures and biological threats. 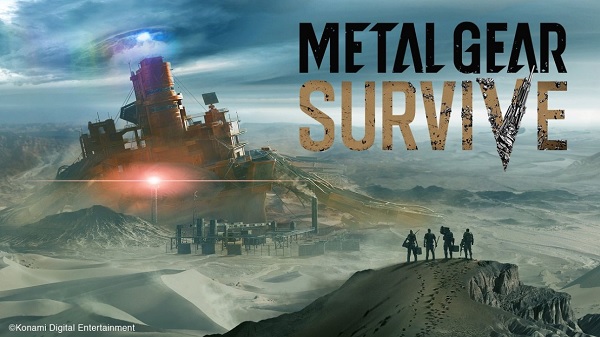 The official blurb reads: “In a struggle to stay alive on this harsh terrain filled with deadly creatures, soldiers who were previously on Motherbase now must work cooperatively in order to survive”. A trailer of the game was also released today at Gamescom.

Metal Gear Survive will be coming out on the PC, Xbox One and PS4 at some point in 2017.

KitGuru Says: While this is being labelled as a survival game, it doesn't seem to have the same traits as many of the Early Access titles we see, like DayZ or Rust. Instead, it seems to be more of a survival horror title with an actual story. That said, we haven't seen much yet. What do you guys make of this? Will you be giving this a go, or will you be avoiding Metal Gear without Kojima's involvement?