Bioware’s long-awaited return to the Mass Effect franchise is now at our doorstep and those of you with a PC or Xbox One can jump in and play around ten hours of the game right now. The EA/Origin Access trial for Andromeda is now live and while story progression is gated, word is now starting to spread about just how much of the story you can get through.

For those of you who missed it, earlier this month Bioware clarified some details about its Mass Effect Andromeda trial. Previously, we were confirmed ten hours of game time but it turns out that you will be stopped from continuing the main story after a certain point. How long does it take to hit that point? Well it looks like players are starting to hit the wall after four or five hours. Do be warned though, there are spoilers in the thread. 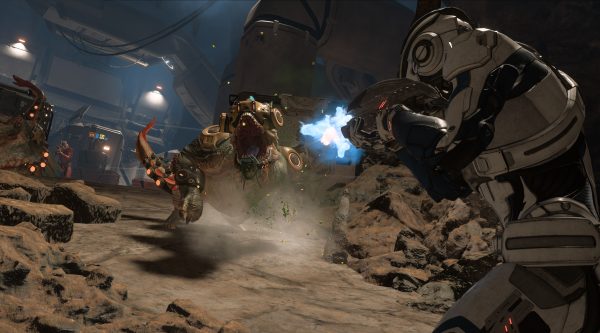 So if you are planning on grabbing the trial to play over the weekend, you'll be able to get a four to five hour head start in the story as long as you don't rush through cutscenes and conversations. You will be able to pick up exactly where you left off when the full game unlocks on Tuesday.

This trial is only available via EA Access on Xbox One or Origin Access on PC, so you will need to subscribe for access. This also means PS4 players are left out until release next week. It is worth noting that once you hit the story progression limit, you can continue to play the game's multiplayer mode, which will grant you some in-game rewards for single player.

KitGuru Says: I'll be testing out the Mass Effect: Andromeda trial over the weekend to get a feel for the game before buying. It'll also give me a good chance to assess PC performance a bit. Are any of you planning on playing Mass Effect Andromeda this week? Or will you be waiting for the full game to unlock?