After getting a surprise announcement at E3 last year, Microsoft Flight Simulator has been quietly going through a series of closed alpha tests. Now, it appears that we are nearing the road to release, as system requirements have now been revealed.

System requirements are broken down into three segments, a minimum spec, a recommended spec and an ‘ideal' spec. As you may expect, the ‘ideal' is a very high-end gaming PC, after all, the simulator does contain a true to life version of Earth, 37,000 real-world airports and updates with real-time air traffic information. 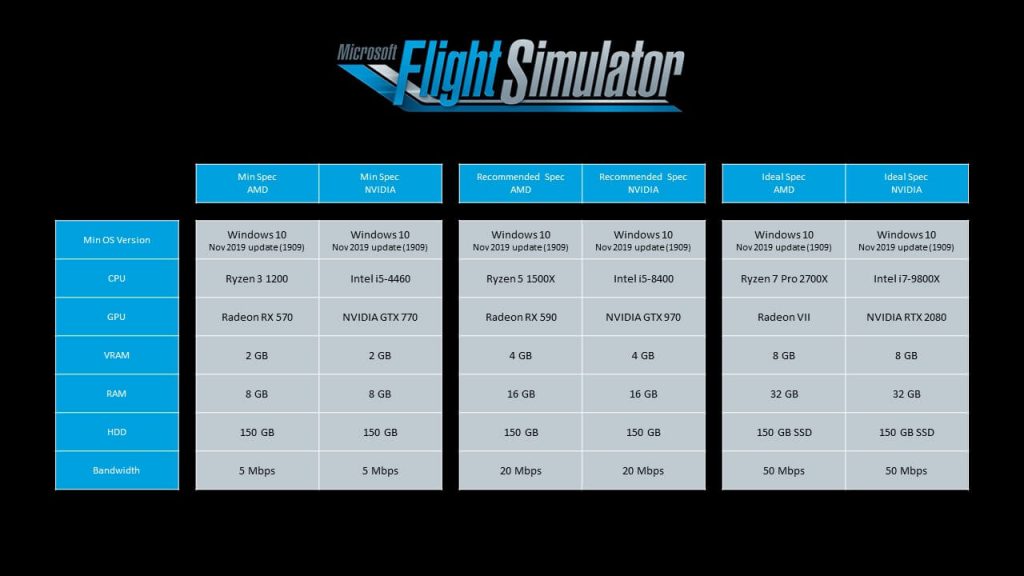 The ‘ideal' specification is a significant jump, calling for the following:

KitGuru Says: Judging by the system requirements, MFS 2020 will be very scalable. You can run it on modest hardware but cranking up all of those settings will be taxing. Have any of you tried Microsoft Flight Simulator 2020 in alpha or beta?