Microsoft will reportedly have Cyberpunk, Splinter Cell, Anthem and more at E3 this year

We've already heard that Microsoft is planning a big showcase for E3 this year, the company even went as far as to set up its own theater separate from the main convention center in order to have enough room. Now this week, we have an idea of what could be in store, with sources reporting a bunch of deals Microsoft has lined up for Xbox and Windows 10.

According to sources close to Microsoft speaking with Rectify Gaming, the company has a slew of high-profile third party deals set up this year. Microsoft apparently has the marketing rights to Cyberpunk 2077, a new Splinter Cell, Anthem, Madden 19, Borderlands 3 and Battlefield V. The report says that it may also have deals set up for The Division 2 and Shadow of the Tomb Raider. If E3 2017 is anything to go by, we can probably also add Metro Exodus to the list. 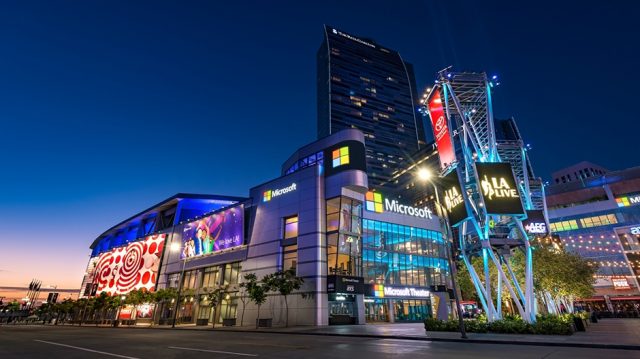 What does this all mean? Well timed exclusivity is likely not part of the equation, but it does mean that these games will be shown on Microsoft's stage and future advertisements will all likely feature Xbox One X footage. Early DLC releases have also been a thing that Microsoft has taken advantage of in the past, so we may see some games drop expansions on Xbox early, and a month or so later for other platforms.

Unfortunately, third-party marketing deals don't do much to solve Microsoft's need for more first-party titles, so hopefully we'll have a few of those to look forward to in June as well.

KitGuru Says: Microsoft lost a few big third-party deals early on in this console generation, as the PS4 was more powerful and more popular. However, with the Xbox One X now out in the wild, that perception has changed somewhat. It makes perfect sense for third-parties to want to show their game off on the more powerful console. Still, I have a few first-party hopes for E3 this year that I'd like to hear about over anything else- specifically Halo on PC.