Mass Effect: Andromeda is coming out very soon but so far, we haven’t actually seen that much of the game, or heard that much about its premise. Fortunately, it looks like Bioware is starting to open up a bit more when it comes to Andromeda, starting off with a new trailer released late last night, which introduces us to the new squad of characters and gives us some brief details about the mission to the Andromeda galaxy. 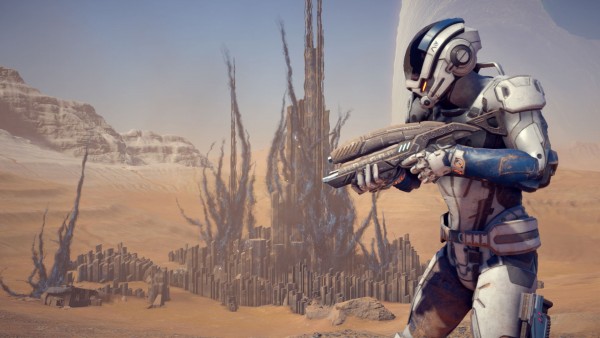 The new trailer is cinematic, so there isn’t any final gameplay footage. However, it does help set up the story for this game. The basic premise is that you are on a mission to find a new home for humanity somewhere in the Andromeda galaxy, unfortunately upon your arrival, you run into an unwelcoming race known as the Kett, who are led by the Archon.

The trailer itself is narrated by Cora Harper, a biotic member of the Valkyrie Program, she will be your second in command throughout this game. The team also includes Alec Ryder, a decorated N7 operative who served during the first contact war with the Turians. We also get to meet SAM (Simulated Adaptive Matix), who is an AI character, as well as Liam Kosta, a crisis response specialist.

Mass Effect Andromeda is coming out on the 21st of March. However, if you own an Xbox One or PC, you can subscribe to EA Access or Origin Access and play ten hours of the game starting from the 16th of March.

KitGuru Says: It is nice to finally start seeing a bit more of what Mass Effect Andromeda has to offer. Now we just need to sit tight and hope that the game turns out good. Are any of you planning on picking up the new Mass Effect in March?

Previous Buying an MSI motherboard? Get a free copy of For Honor
Next Ni No Kuni 2 won’t be PS4 exclusive, will also come to PC