It seems that Platinum Games has won quite a few people over with Nier Automata as this week, Square Enix announced that the game has surpassed one million sales. Nier Automata is a loosely connected sequel to last-gen console exclusive ‘Nier’, which went on to become something of a cult classic.

While Nier Automata is technically a sequel, it is developed in such a way that you don’t need knowledge of the original game to enjoy it. That said, you may find yourself wondering what the hell is going on anyway, as Automata director, Yoko Taro, really let his imagination run wild.

Here’s a quick rundown of the story: “Invaders from another world attack without warning, unleashing their secret weapon: the machines. In the face of this insurmountable threat, the human race is driven from the earth and takes refuge on the moon. The humans develop an army of android soldiers to fight back against the mechanical horde, but succeed only in slowing its advance. To break the deadlock, a new breed of android infantry is sent into the fray: the YoRHa squad. In the forsaken wasteland below, the war between the machines and the androids rages on. A war that is soon to unveil the long-forgotten truth of this world”. 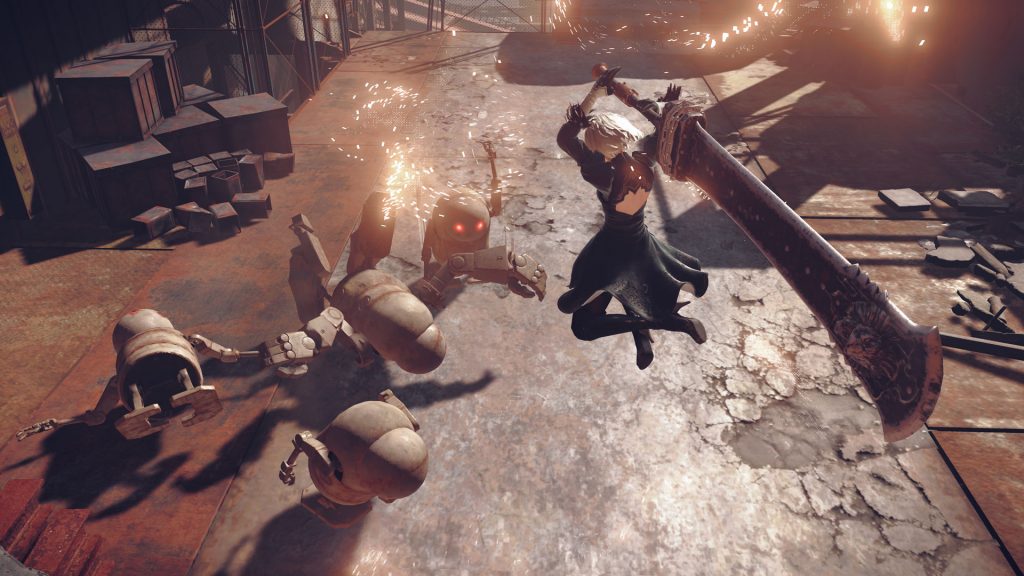 Nier Automata switches between multiple gameplay styles, for the most part, you will be playing a classic spectacle fighter, with flashy move sets and a third person view of the world. However, at points the game will seamlessly transform into a 2D platformer, or a top-down shooter, or a an arcade style jet shooter.

Aside from all of that, Nier Automata also encourages multiple playthroughs, as you will get access to new story details, endings and items each time you go back through and play again.

Nier Automata is available on the PC and PS4, though the PC version did launch with a few issues. With this being a Platinum game, it is also best played with a controller, rather than mouse and keyboard.

KitGuru Says: I picked up Nier Automata on the PS4 a few weeks ago and it surprised me. I wasn’t sure how all of the gameplay elements were going to mix but Platinum Games pulled it off flawlessly. It certainly seems like a contender for game of the year, though it will have some tough competition already.