No Man’s Sky day-one patch tweaks pretty much everything

A few days ago Sony began warning early No Man’s Sky players that the day-one patch would essentially make their save files obsolete, as significant changes are due to be made to the game. This also doubled as a call to press outlets with leaked copies to not evaluate the game prior to this patch going live. Now, Sean Murray, the game’s creator has posted the patch notes for the day-one update, which makes plenty of changes.

The 800MB day-one patch isn’t the largest we have ever encountered but the notes show it making changes to almost every part of the game, including the story, and even how the planets themselves generate. 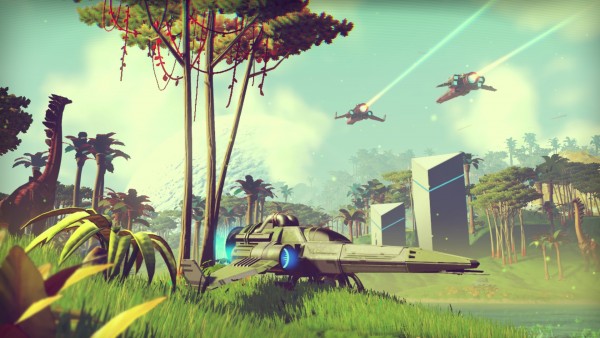 The patch notes mention that a new ‘paths’ system will be put into place, which will take into account early decisions made in the game and impact what you will see later down the line. One of the writers on Deus Ex also joined the team to rewrite some of the game’s multiple endings. The rules for how planets and galaxies generate have also been changed to allow for more variety.

You will be able to encounter hazardous planets that will require rare materials to explore and dead moons have also been added. Hazardous conditions will include things like dust storms and blizzards.

The game’s inventory system has been expanded, allowing players to store five times the amount of resources per slot on ships. The game’s trading system is also deeper, with different galaxies depending on different resources, this way players will need to travel around to ensure they are selling their goods in the right places.

Other important changes include stat changes to upgrades and items, and the ability to scan galaxies that other players have explored, which may increase the chance of you bumping in to another player in the universe. There are many more changes in the notes that we could not list here going over graphics, combat, flight mechanics and even more, so if you are looking forward to No Man’s Sky, you might want to take a look at the full thing.

KitGuru Says: The day one update seems pretty huge, touching just about every major aspect of the game and making some changes. It will be interesting to see what early players think of the game before and after this new patch. Will any of you be playing No Man’s Sky this week?