Home / Software & Gaming / No Man’s Sky has gone gold, will launch next month

No Man’s Sky has gone gold, will launch next month

After years in development and a couple of delays, No Man's Sky has officially gone gold, meaning Hello Games' four year long project is finally ready for its final release. The game was initially due to come out on the 21st of June but a delay pushed it back to the 9th of August for the PC and Playstation 4.

When a game goes gold, it essentially means that there is a version ready to print to disc or ship out to customers. Development on No Man's Sky will have essentially wrapped up now, aside from any patches that need to be deployed after launch. Hello Games head, Sean Murray confirmed this all via Twitter, saying: “It's happened. No Man's Sky just went gold. I'm so incredibly proud of this tiny team. 4 years of emotions”. 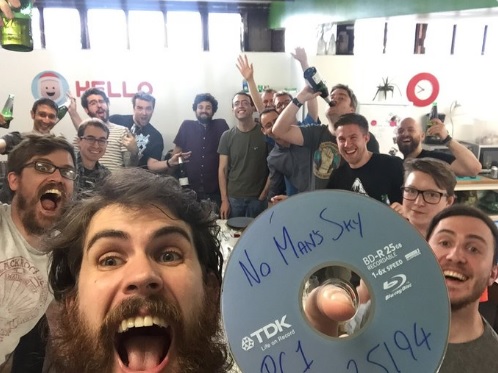 KitGuru Says: No Man's Sky has a lot of buzz behind it, now that the game has gone gold, all that's left is for us to wait for launch and see if it lives up to expectations. Are any of you looking forward to No Man's Sky?