No Man’s Sky launches on PC in a few hours

No Man’s Sky may already be out on the PlayStation 4 but there are still plenty of PC gamers waiting for the game to unlock on Steam. Fortunately, Hello Games has announced the exact times that the game will be downloadable on Steam in the UK, Europe and US.

No Man’s Sky was originally supposed to launch on the PC at the same time as the PS4 but it was pushed back a few extra days at the last minute. 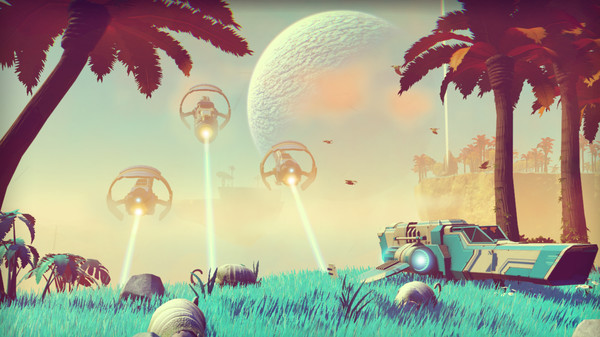 Anyway, without further ado, here are the unlock times for No Man’s Sky:

While we have all seen the PS4 version of No Man’s Sky already, we don’t know much about the PC version or what sort of options it will have. However, we will be taking a deep dive in to the PC version once it unlocks, so keep an eye out for our game analysis.

KitGuru Says: No Man’s Sky has been out on the PS4 for a few days but I do wonder, how many of you guys have been holding out for the PC version? Have you been trying to stay spoiler free this week?