No Man's Sky is one of the most anticipated games of this generation so far and now, it will finally be coming out next month. In the build up to launch day, Hello Games' has begun putting out new videos focussing on what you'll be doing in No Man's Sky, with the first trailer showing off just how vast and varied the universe is.

No Man's Sky is a game that prides itself on how large the universe is, with over 18 quintillion planets to find. The video's description also lets us know the main goal for players in No Man's Sky, which is to reach the centre of the universe. 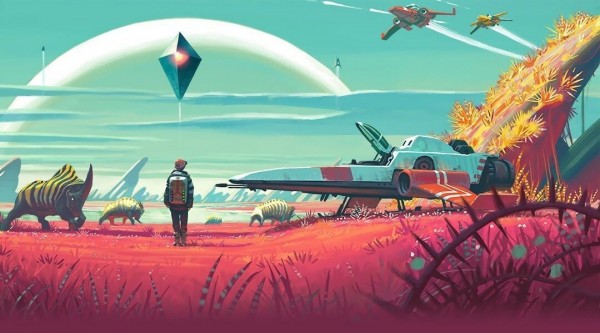 There are a few more videos to come, focussing on combat, survival and the trading system. Hopefully once all of these videos are out, we will have a better idea of what No Man's Sky is all about and what sort of a game it really is as up until now, it has been quite vague.

KitGuru Says: Now that we know that the main goal of No Man's Sky is to find the centre of the universe, it does seem like exploration will be one of the biggest factors for this game. Are any of you excited for No Man's Sky to come out next month?

Previous Win STEAM game of your choice this weekend!
Next Microsoft is ‘really serious’ about true 4K gaming on Scorpio