While not everyone is particularly pleased about Oculus VR's game funding strategy, which has led to plenty of timed exclusives for the Rift, there is no question that the company is sparing no expense to ensure that quality games are hitting the market during VR's early years. One big example of this would by ‘Robo Recall', which is in development over at Epic Games for release in 2017. It turns out, Oculus supplied Epic with a budget that almost matched what was spent on the original Gears of War, giving the studio plenty of funding to dedicate resources to a full VR title.

We already know that so far, Oculus has invested around $250 million into VR projects but funding can vary from studio to studio. In Epic Games' case, Tim Sweeney recently confirmed that Robo Recall has a budget that is close to what was spent on the original Gears of War. 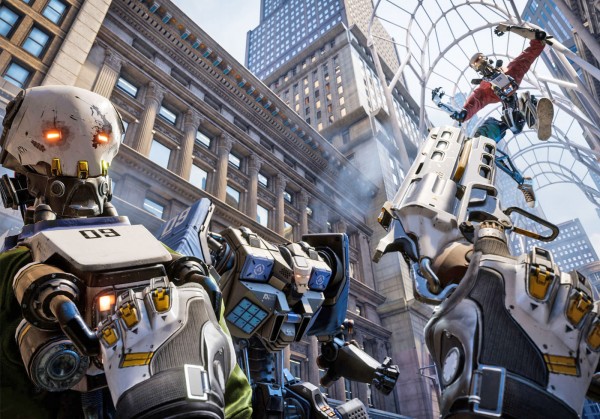 Speaking with UploadVR, Sweeney spoke a little about the work Oculus does with third-party studios: “Oculus has been willing to fund third party software that’s exclusive to their hardware. That’s a perfectly acceptable way to jump start an industry…For example, Oculus is funding Robo Recall which has a budget that’s close to the budget of the entire first Gears of War game.”

According to Epic's Vice President Mark Rein, Gears of War was initially created on a budget of between 9 and 10 million dollars. Given this information, while you may not be a fan of timed exclusivity, Oculus is certainly putting its money where its mouth is to make sure early adopters of VR have some big releases to look forward to.

KitGuru Says: While I'm not a huge fan of platform exclusives, I get why a lot of developers are choosing to work with Oculus, especially given the amount of funding the company is willing to give out to third-party studios. If these games weren't funded, there would probably be noticeable a dip in the amount of quality VR releases we get during these early years.