Home / Software & Gaming / Origin is getting a major UI overhaul

Origin is getting a major UI overhaul

While Origin may not have been a welcome download for many back when it first launched, EA has improved the service significantly over time and now, the only thing really holding it back is the design, which has remained the same since launch. However, change is coming and right now, the beta version of Origin’s client introduces a major UI overhaul, making it much better.

Screenshots of the new UI first appeared on NeoGAF and to install the new version of Origin, you just need to go into the client’s application settings and tick the box to participate in the beta. Then, after you restart, Origin should look more like this: 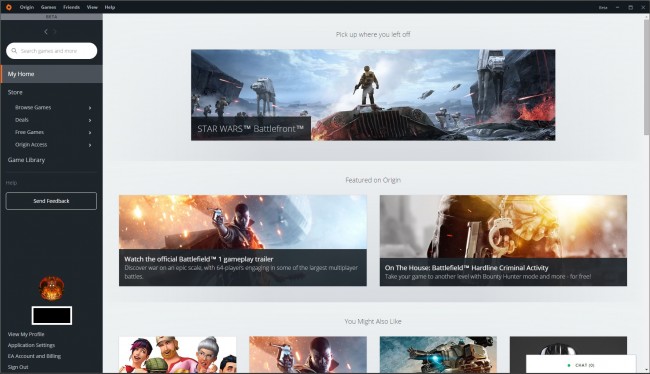 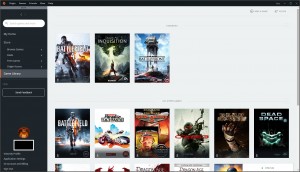 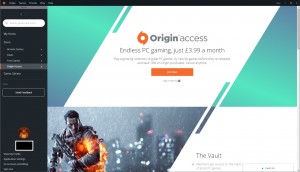 At first glance, the new version of Origin has a cleaner look to it and the addition of the menu bar on the left side makes navigation easier. The library is also divided between installed games and those tied to your account, overall, it looks a lot nicer.

The side bar also gives you easy access to any ‘On the House’ titles alongside demos and betas. You can also quickly access deals and the Origin Access vault, for those who subscribe to the service. The new home screen for Origin is basically a news hub for games you either play often, or might be interested in based on what you already own.

Finally, your friends tab can easily be accessed by a tab at the bottom of the screen, which expands to take up the side of the screen if you make the window wide enough, similarly to how Facebook Messenger works on desktop.

KitGuru Says: These days I don’t really have a problem with Origin but there are still plenty of people out there who refuse to use it. Hopefully this new update can win them over as it really is a big improvement.