Development on next-gen consoles is well underway at this point, with Sony confirming several key specs for the PlayStation 5 and Microsoft announcing Project Scarlet. Developers already have their hands on early versions of this next-gen hardware and while devkits are normally kept heavily under wraps, one particular industry veteran confirmed the look of the PS5 version earlier this week.

The folks at Dutch site ‘Let’s Go Digital’ discovered Sony’s design patent for the PS5 development kit, showing off a small, heavily vented and stylized box with a V-shape cut out. In this case, the V is likely a reference to the roman numeral for 5, which is fitting given that this is Sony’s fifth PlayStation home console. 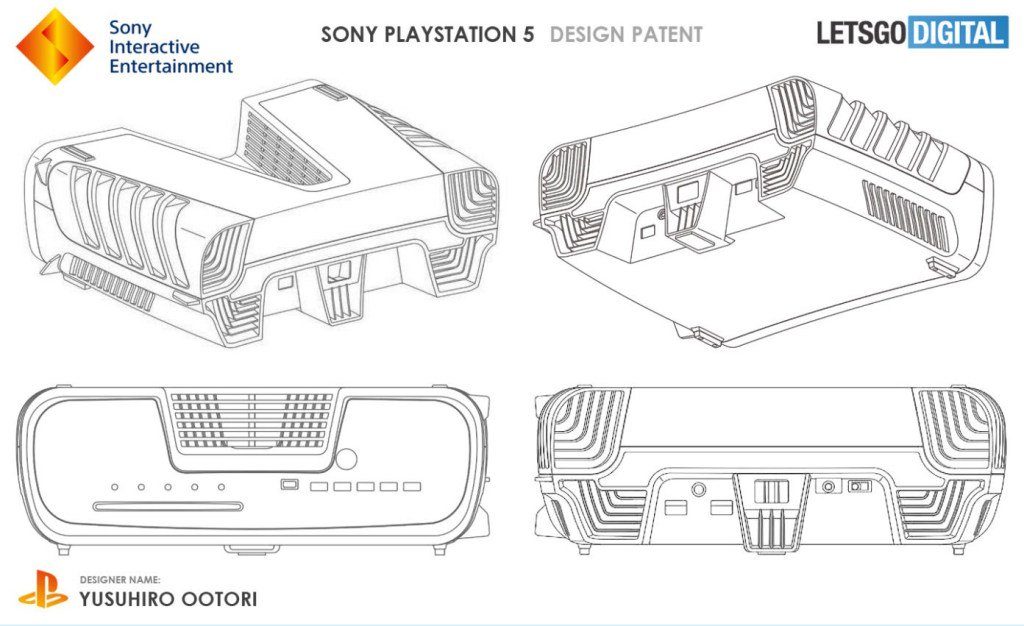 The patent is real, but those illustrations don’t always materialise into real physical products. However, Matthew Scott, a Senior Artist at Codemasters, tweeted in response to an article about the patent confirming that it is a dev kit, while also revealing that the studio has these dev kits in the office right now, presumably for working on an unannounced next-gen game. Scott has since deleted the tweet.

Normally, development kits are rather boring, unassuming boxes that closely resemble a normal PC. However, the PS5 dev kit has much more effort put into its design, meaning this could end up being close to the size/shape that Sony is aiming for with the final version of the console.

Currently, we are expecting the PS5 to launch in late 2020. We know it will feature a Zen CPU and Navi GPU from AMD, hopes to include ray-tracing support and will make the jump from HDDs to SSDs.

KitGuru Says: This is just a dev kit, so the final PS5 design will likely change before we see it next year. Given the amount of vents present on the devkit, it might be worth making a larger chassis and doubling down on cooling, rather than trying to cram everything in to that small space.