It looks like GTA Online's latest update, ‘The Doomsday Heist‘ contained more than we bargained for. The folks over at The Guru Team have been digging through the game files to uncover clues about future content and something very interesting popped up- a hidden in-game activity that directly ties into Red Dead Redemption 2.

The Guru Team previously gained recognition after they solved the GTA UFO mystery earlier this year. With the Doomsday Heist update, they jumped back into the game files to see what else they could dig out. It turns out that this update contains files for new in-game content tying into Red Dead Redemption 2. One piece of upcoming content is the Double-Action Revolver headshot challenge. When a player beats this challenge, they will unlock both a GTA V reward, as well as a variation of the revolver in Red Dead Redemption 2. 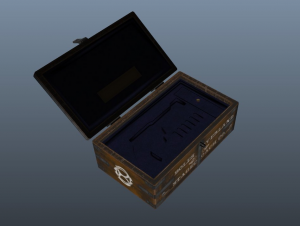 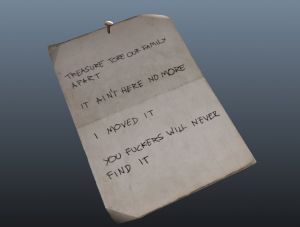 Elsewhere in the files, The Guru Team (via Kotaku) found some unused assets including a locked chest and a handwritten note. The chest is marked with ‘Boles Overland Stagecoach Co.' branding, which was also spotted in the trailer for Red Dead Redemption 2. These assets will be used in an upcoming mission, which will send players off to find a “gold-plated six shooter”. The hand written note will likely kick off the scavenger hunt, which ends in players finding the locked chest and earning themselves a shiny new gun.

Finding the revolver will involve visiting around 20 different locations across Los Santos. This mission is triggered by server-side files, so Rockstar has it all set up, we are just waiting for them to push the button and make it live.