Rise of the Tomb Raider launches on the PC today and many are wondering if the sequel will be able to live up to the same standard as the 2013 Tomb Raider game in terms of the PC port. Fortunately, things are looking pretty good, as a new trailer for the game has launched today, showing off all of the PC-specific graphical features in all of their glory.

New technical features included in the game include HBAO+ ambient occlusion, up to 16x Anisotropic filtering, Tesselation, enhanced geometry and level of detail, Dynamic Foliage and finally, Pure Hair, which is essentially the same thing that TressFX did in Tomb Raider 2013. 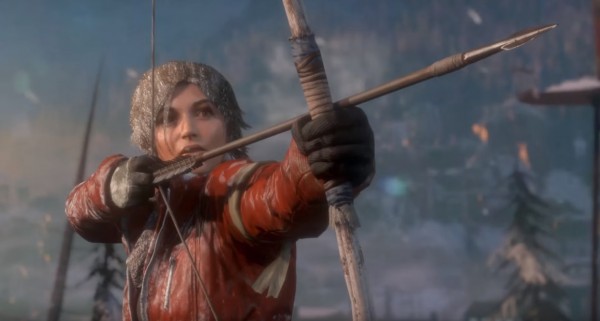 Rise of the Tomb Raider's PC port was handled by Nixxes Software, the same team behind many other Square Enix ports including Tomb Raider 2013, Deus Ex: Mankind Divided and Hitman Absolution, all of which performed quite well on the PC. There have been some PC port reviews floating around from yesterday showing poor performance numbers but it is important to keep in mind that these were released prior to the launch day drivers, which came out late yesterday evening from Nvidia. AMD users may have to wait a bit longer for an optimized driver.

We will be posting our own PC port review of Rise of the Tomb Raider later this week, featuring a range of GPUs from both AMD and Nvidia, so keep an eye out for that.

KitGuru Says: I'm looking forward to getting my hands on Rise of the Tomb Raider. I played a few hours on Xbox One but once I heard that it would be coming to PC in January, I decided to hold off a bit longer. Are any of you planning on picking this game up?

Previous iPad Air 3 to have 4K screen, may launch in March
Next US Patent Office will not grant Sony the Let’s Play trademark