Home / Software & Gaming / Rise of the Tomb Raider will have microtransactions

Rise of the Tomb Raider will have microtransactions

Microtransactions in full-priced $60 game releases is a trend that is catching on scarily fast at the moment. The latest title to incorporate them is Rise of the Tomb Raider, the sequel to the highly rated 2013 Tomb Raider reboot. In Rise of the Tomb Raider, you won’t be buying skins or outfits for Lara, instead players will be able to purchase Expedition Card packs, which will offer you power boosts in the game.

‘Expedition Card packs’, which will offer different rarities. Foil cards have unlimited uses and offer the “strongest and strangest” effects, while common cards can only be used once. There will be 300 cards available at launch with more added over time, an Xbox Wire post explains. 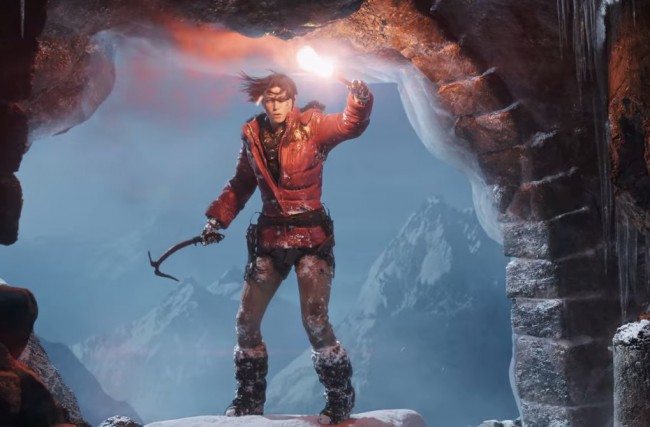 Now it’s not all bad news, these cards can be bought with credits, which are earnable in-game for those who’d rather grind than spend any extra money. Additionally, these cards are there to add an extra layer to the game, perhaps for those replaying. They won’t all be serious cards, some of them will have “humorous” effects, sort of like the skulls in the Halo games.

And like always, there will also be a season pass on offer, which will give you access to three DLC packs when they launch. Rise of the Tomb Raider releases on the Xbox One on the 10th of November, a PC release will follow in Q1 2016 while a PS4 release won’t be coming until this time next year.

KitGuru Says: I’m not a fan of microtransactions in full-priced triple-A releases but at least these card packs are earnable in-game. On top of that, not everyone will even want to use them, I imagine most people will want to play Tomb Raider for the story and exploration, rather than card packs. How do you feel about microtransactions coming to the new Tomb Raider game? Does it bother you at all?