The Xbox team has had a busy month so far. We've already seen Xbox Game Pass updated with 20 Bethesda games, five of which support next-gen Xbox Series X/S features like Auto-HDR and FPS Boost. The announcements aren't over yet though, as today Microsoft has announced the next wave of Game Pass titles for March.

As we know, Undertale is available on Xbox Game Pass across cloud, console and PC today. Over the next two weeks, 11 more games will be added, some being console only and others being PC only. 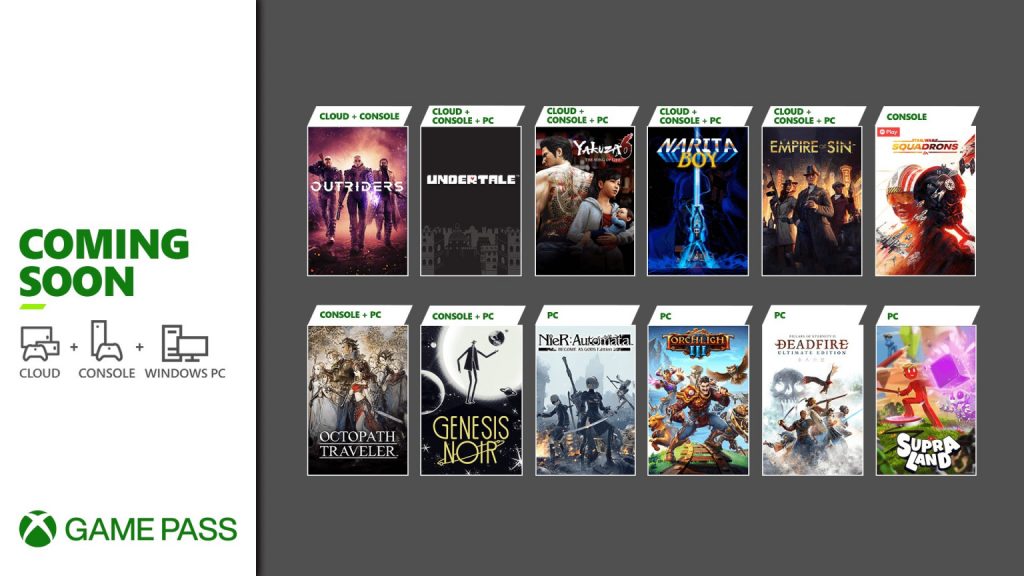 The next wave of Xbox Game Pass titles includes:

Interestingly, Microsoft has expanded its third-party partnership with Square Enix this month. Not only are we getting Outriders on day-one, but the previously Switch and PC exclusive RPG ‘Octopath Traveler' is coming to Xbox and Game Pass for the first time.

KitGuru Says: March has been an incredible month for Xbox Game Pass subscribers with a lot of quality game additions. It will be interesting to see if Microsoft can carry this momentum forward into April. Are any of you subscribed to Xbox Game Pass already? If not, have this month's game additions tempted you?